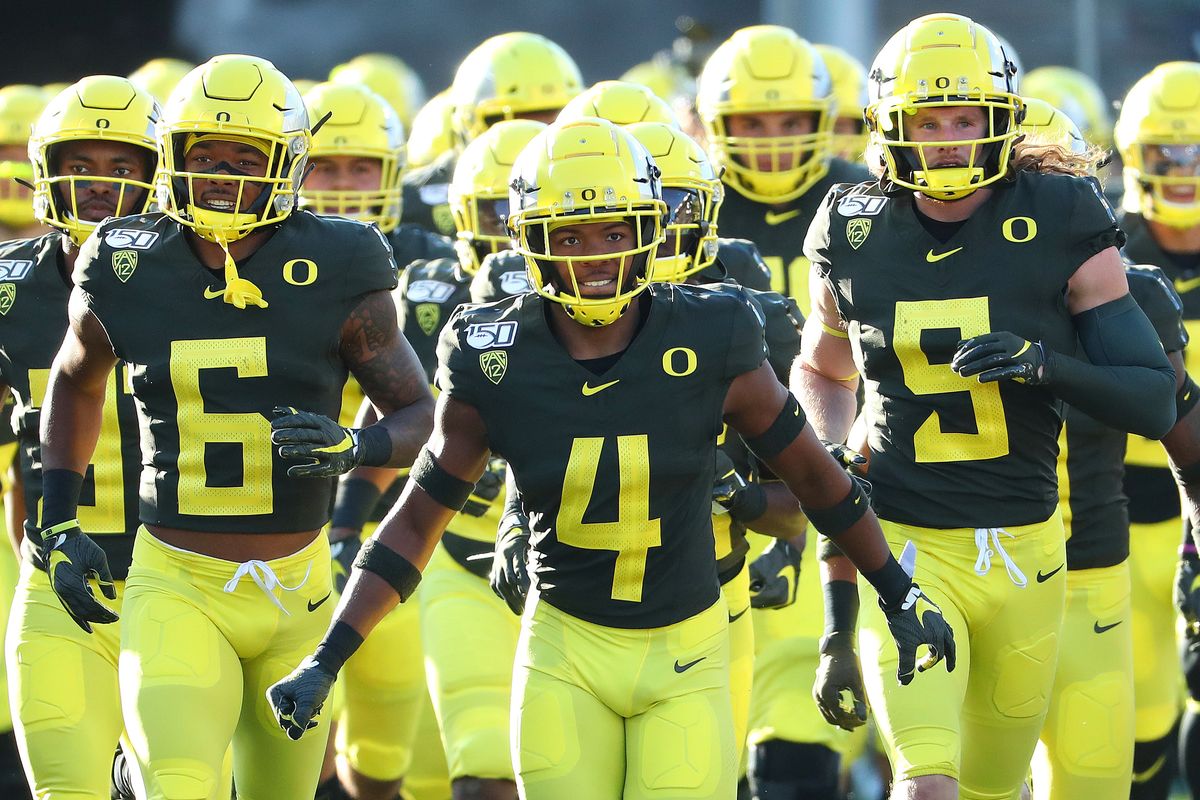 The #4 Oregon Ducks will try to keep its College Football Playoff campaign alive when it hosts Washington State on Saturday night from Autzen Stadium.

The Ducks have rattled off 4 consecutive wins since losing to Stanford in overtime in early October. The Cougars have been playing good football, winning 4 of its last 5 games.

Washington State got off to a rough start this season, losing three of its first four games. They put together a three-game winning streak in October, beating California, Oregon State and Stanford. Their most recent outing came at Arizona State two weeks ago, where the Cougars left with a 34-21 upset as 16.5-point underdogs.

The Cougars were known for their offense under former head coach Mike Leach, but they currently rank No. 92 offensively in yards per game (375.0). They fired head coach Nick Rolovich and four assistant coaches when they refused to get the COVID-19 vaccine last month.

Tennessee transfer Jarrett Guarantano started two games at quarterback in September, but it has been sophomore Jayden De Laura at the reigns ever since. De Laura has completed 63.7% of his passes for 1,967 yards and 17 touchdowns.

His top target has been wide receiver Calvin Jackson Jr., who has caught 49 passes for 667 yards and five scores. Running back Max Borghi has rushed 112 times for 571 yards and eight touchdowns, averaging 5.1 yards per carry.

The Ducks simply need to win out and they will be in the playoff. They set themselves up for success early in the season when they notched a win over then-No. 3 Ohio State. Their one setback this year came in overtime at Stanford on Oct. 2, but they have bounced back with three consecutive wins.

Oregon has notched victories over California, UCLA, Colorado and Washington over the past month. However, three of those four wins have come by 10 points or less.

The Ducks rank No. 35 nationally on offense, averaging 441.3 yards per game. They are led by senior quarterback Anthony Brown, who has completed 63.5% of his passes for 1,895 yards and 11 touchdowns. Brown is a dual-threat quarterback, picking up 428 yards and seven touchdowns on 92 carries.

Running back Travis Dye leads the rushing attack with 134 attempts for 820 yards and 11 touchdowns, averaging 6.1 yards per carry. Wide receiver Devon Williams has caught 20 passes for a team-high 322 yards.

Oregon has been overvalued in the betting market throughout the season and that has not changed now that the CFP rankings have the Ducks listed third. Bettors are eager to take the No. 3 team in the country at home against an unranked opponent, but I think the road underdog is the way to play this game.

Washington State has covered the spread in its last six games, allowing just 21.2 points per game during that stretch. Oregon has failed to cover in each of its last six home games and has not been blowing its opponents out.

The Cougars had an extra week to prepare for this game and will keep it close and possibly pull out a huge win.

If you’re looking for more picks like this Washington State Cougars vs. Oregon Ducks we’ll be providing 4* free College football game predictions on the blog all season long, and check out our Experts for guaranteed premium & free CFB Football picks!