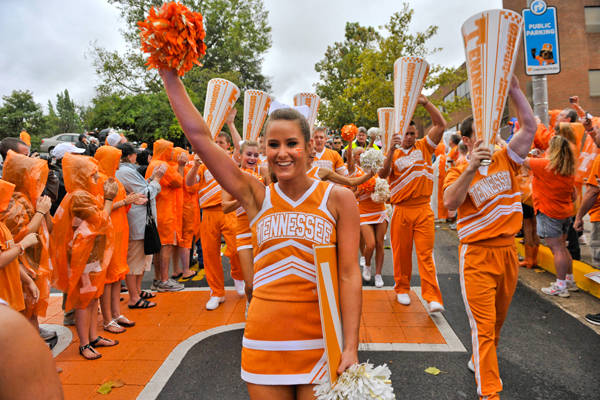 Tennessee has had a pretty disappointing season with 4 losses, but they can improve their bowl position with a win in their season finale.

They are a 17.5-point betting favorite facing a 4-win Vanderbilt team that has lost 3 of their last 4 games and were shut out in 2 of them including their last one.

The Commodores have a very weak offense, but their defense is legit ranking 14th in the nation only giving up an average of 18.1 ppg.

In their last games Tennessee beat Missouri 19-8 and Vanderbilt lost to Texas A&M 25-0.

This season Tennessee is 5-2 at home and Vanderbilt is 1-4 on the road.

The Commodores may play a couple of QB’s in this game like their last one when Kyle Shurmur and most of the season starter Johnny McCrary took snaps.

Trent Sherfield is the only player for the Commodores, who has over 280 receiving yards.
For Vandy to pull off the upset they need to play good D and get a good game from RB Ralph Webb, who has rushed for over 1,000 yards on the season and had rushed for over 100 in 2 straight games before rushing for 79 in the loss to Texas A&M.

After a bad start to the season Tennessee has played well in the 2nd half winning 5 of their last 6 games including their last 4.

They are led by their rushing offense and John Hurd leads the attack, which has 3 players that have over 500 rushing yards on the season.

Hurd had a big game in the win over Missouri rushing for 151 yards.

Duel threat QB Joshua Dobbs is the team’s 3rd leading rusher and he has not thrown a TD in the last 2 games, as the Volunteers are a run-first team.

Vanderbilt is a little stronger against the run than the pass and they have to keep the Volunteers from having a big rushing game, as their offense will not be able to bail them out.

Last season at Vanderbilt the Volunteers beat the Commodores 24-17.

A few of the betting trends point to Vandy covering, but Tennessee has covered in 4 of their last 5 conference games and they will do so in this one.

Tennessee will win their 5th straight game in this SEC match up and head into the bowl season with a lot of confidence.