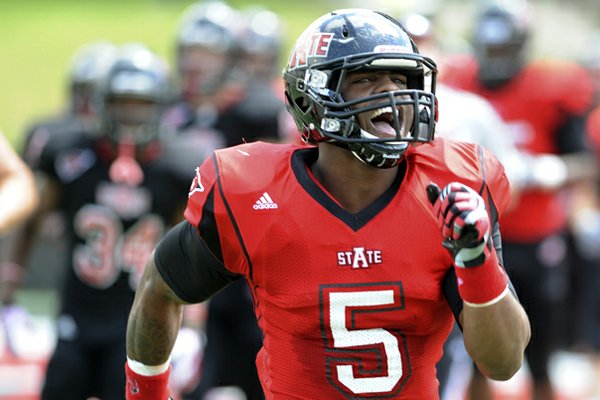 UL Lafayette comes in off win back on October 10th against Texas State as they routed them 49-27.

The Red Wolves grabbed themselves a win in this exact spot last Tuesday with a giant 4th quarter that propelled them over South Alabama.

The Ragin Cajuns started their Sun Belt play off in solid fashion and were rewarded with a bye week. They’ll use that extra rest as they get set to hit the road for a chance at a 2-0 start in the Sun Belt.

QB Jalen Nixon played his best game of the season against Texas State and will look to build off that solid performance. Nixon tossed 238 yards and three touchdowns in the win.

With Nixon playing better, it takes the pressure off the run game and RB Elijah McGuire. The tailback has rushed for 585 yards and 7 touchdowns on the season.

The Red Wolves needed a late surge to overcome Southern Alabama as they exploded in the 4th quarter of last Tuesday’s game.

The Red Wolves trailed by 11 early in the 4th quarter, but that didn’t last long as Arkansas State ran off 29 straight points, including a pick 6 and fumble recovery in the endzone, as the game turned into a laugher. With the win, the Red Wolves started their Sun Belt title trek with a 2-0 record.

QB Fredi Knighten returned for the first time since injuring his groin about a month ago and he made his impact immediately felt. Knighten tossed a 38 yard touchdown to get Arkansas State back to within 3 and they subsequently turned it up a notch.

On the defensive side of the ball, the Red Wolves are a mess, but keeping themselves in games with turnovers. The Red Wolves allow 32.0 points a game, but have forced 16 turnovers.

Both teams need this game as they try to stay unbeaten in Sun Belt action. Arkansas State got a big boost last week with their come from behind win over South Alabama.

They should be able to build off of that and use that momentum here on Tuesday.

The Red Wolves use their balanced offense and big play ability to move to 3-0 in conference play.