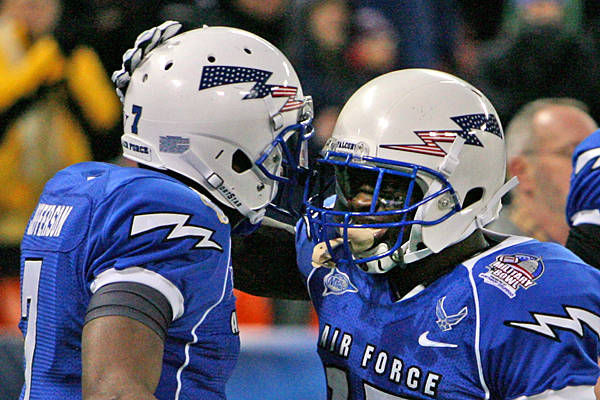 San Diego State is coming off five straight wins and is coming in to Saturday afternoons game with a ton of momentum.

Air Force is coming off a big loss to New Mexico on the road where they got run over by New Mexico’s offense.

Air Force is having a great year, with the triple option working great in their favor they were able to take down top teams like Boise State on the Blue in Boise.

Air Force runs a very run heavy offense and spreads the all around to their playmaker on the ground at all times.

Jacobi Owens is the one guy that has been a stand out on offense all year rushing for nearly 900 yards.

The huge downside to the triple option is they are always short on the big plays as they take their time and get down the field. Which sounds good for their defense but in recent weeks the defense has struggled mightily stopping the run.

Look for the defense to be the key this week, how they play will determine how this game will go.

San Diego State has been a pretty balanced team this year on offense, and standing by their defense all year they have one a lot of close games that have come down to the wire.

Donnel Pumphrey has been a huge boost to the Aztec offense and coming off an offensive player of the week in the Mountain west.

The offensive line will be huge and if they can control the game this week they will win this game no doubt. But, again defenses will be key factors in this game.

At home I think San Diego State will have this game pretty much wrapped up, Air Force will struggle to score in this game and the Aztecs should run away with this game.

San Diego State will have a ton of rushing yards in this game and will absolutely go off in my opinion against a bad Air Force defense that can’t force any turnovers.