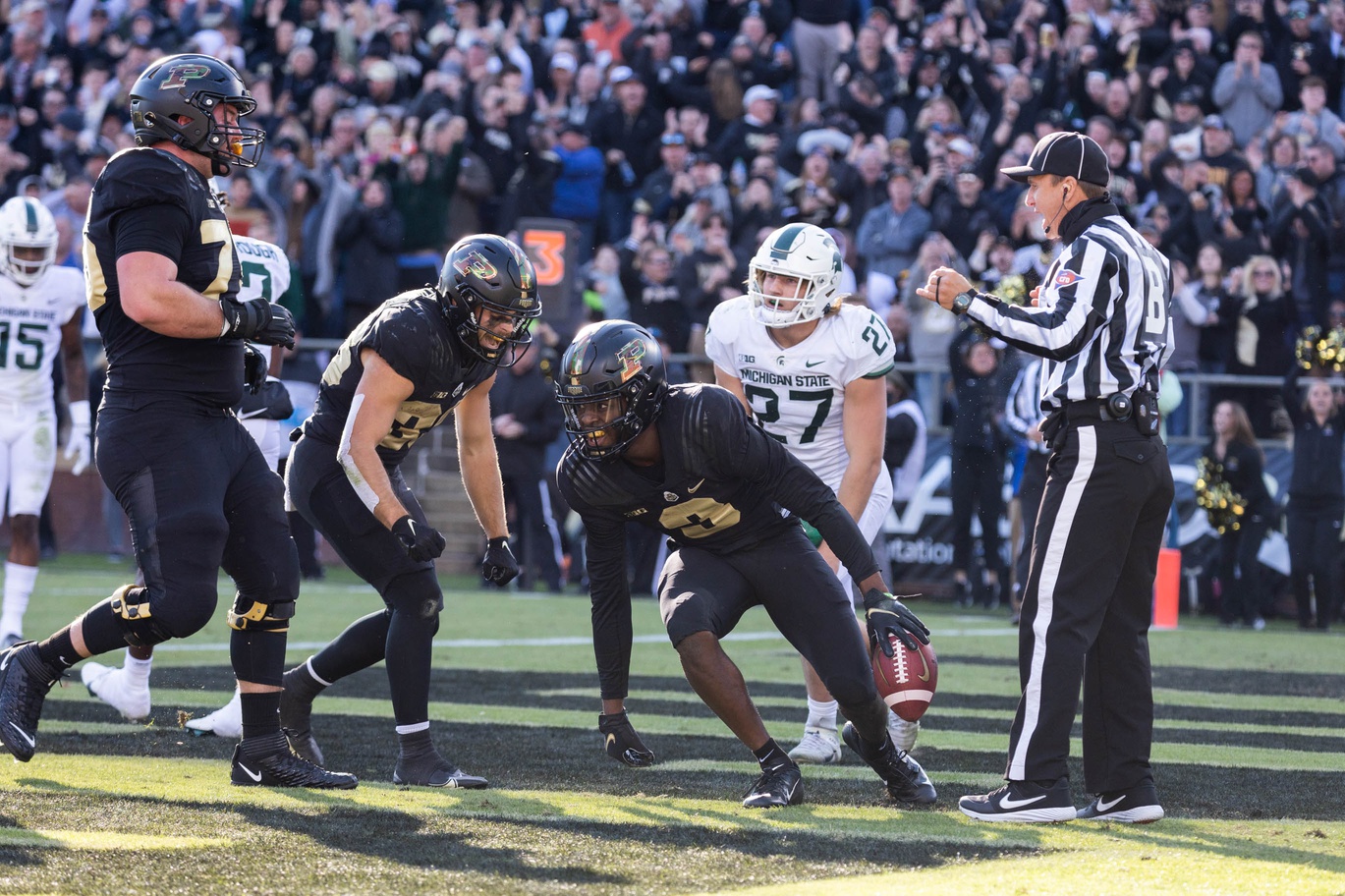 The Purdue Boilermakers will travel and take on the Northwestern Wildcats for their final road trip of the season.

HISTORY: These two schools have met in nearly every season since 1908, with Purdue leading the all-time series 51-33-1. Northwestern has had their number as of late, winning five of the last six meetings.

Purdue is favored by 11 points on the road here.

Purdue closed out a tough stretch of play with a blowout loss to Ohio State last weekend. Prior to that, they’ve quietly been one of the best teams in the Big Ten, upsetting both Iowa and Michigan State on the road.

Aidan O’Connell is closing out his college career on a high note. Despite the final result, the redshirt senior went 40-52 for 390 yards and tossed four touchdowns against a talented Buckeye defense. This was just one week after lighting Michigan State up for 536 yards.

O’Connell is up 2,477 passing yards with 16 touchdowns to eight interceptions.

Purdue has enjoyed the return of versatile running back Zander Horvath. King Doerue did a solid job in his place, and he paces the team with 421 rushing yards.

David Bell is who makes this offense go. The junior receiver has stepped into Rondale Moore’s role, and the Boilermakers haven’t missed a beat. Bell leads the team with 75 catches for 1106 receiving yards and five touchdowns

It’s been a down year for Northwestern. The Wildcats traded their first six games, but have they’ve dropped last four outings. After playing Iowa really well at home, Northwestern laid an egg in Madison against Wisconsin.

It’s been a revolving door at quarterback since Hunter Johnson got hurt for the Wildcats this season. Senior Andrew Marty has started the previous two games, and he really struggled in Wisconsin last weekend, throwing a grand total of three interceptions.

Evan Hull has done his part this season, providing Northwestern with a steady presence on the ground. The past two games have been tough, but Hull is up to 812 rushing yards on the season and five tocuhdowns.

Stephon Robinson Jr. and Malik Washington line up on the outside. SRJ leads the team with 40 catches for 569 yards, despite missing their Halloween weekend battle with Minnesota.

The Purdue Boilermakers are much better than their record indicates.

It’s not that the Boilermakers have been inconsistent, they’ve just had the tall task of taking on the titans of the Big Ten on a week-to-week basis. This will be their easiest game in two months and they should flex their muscles here before closing out at home against in-state rival Indiana. David Bell is a star at wideout, and he will shine at Wrigley Field this weekend.

Purdue’s spread could be a home run this weekend, give it a hard look.

If you’re looking for more picks like this Purdue Boilermakers vs. Northwestern Wildcats matchup we’ll be providing 4* free College football game predictions on the blog all season long, and check out our Experts for guaranteed premium & free CFB Football picks!