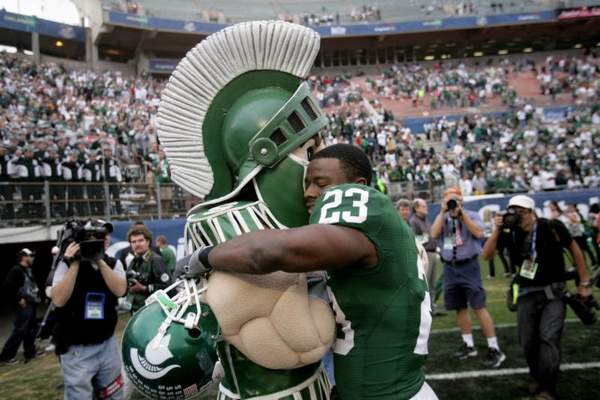 Michigan State will look to lock up the Big Ten East division this week at home versus the Penn State Nittany Lions. A win moves the Spartans one step closer to a potential playoff berth.

After starting the season 5-1 the Penn State Nittany Lions have hit a bit of a rough patch going 2-3 in their last 5 games and have lost two games in a row.

Penn State has made some strides in the right direction, but they are still a ways away from seriously competing with the elite teams in the Big Ten.

Quarterback Christian Hackenberg posses skills scouts look for in a future NFL quarterback, but he lacks the weapons and offensive line for him to seriously do anything.

Penn State ranks 112th in college football in total yards and 98th in points scored. They aren’t going to do much on the Spartan defense.

The good news is Penn State has a quality defense and Michigan State’s offense may still be off in senior quarterback Connor Cook doesn’t start.

Michigan State went into Columbus last week and put themselves in prime position to earn a playoff spot if they win out.

Michigan State has to beat Penn State this week to clinch the Big Ten East and I believe they will.

The Spartans defense is playing great and their offense is very good with Connor Cook under center. The problem is he is questionable to play. If he doesn’t Sparty is still in capable hands in Terry O’Connor.

O’Connor showed his poise in starting on the road in the Horseshoe and beating one of the best teams in the country.

If Cook plays, I like Michigan State to roll all over Penn State, if he doesn’t – I still like Sparty to win and cover.

Michigan State have everything to play for and will be rocking. The Spartans have showed time and time again the brighter the spotlight the better they play.

Spartan Stadium will be rocking and the Nittany Lions will be the lamb headed to the slaughter I believe the Spartans cover and move one step closer to clinching a spot in the college football playoff.