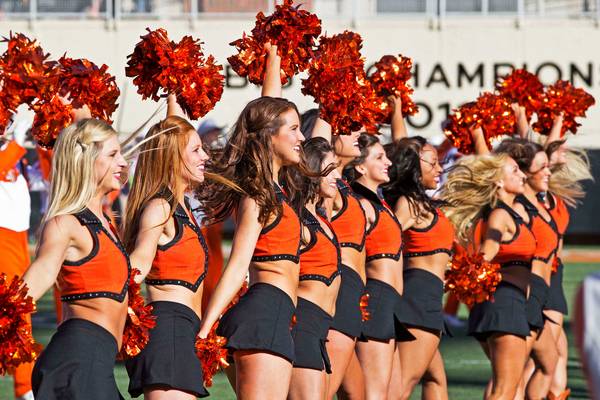 This year’s Bedlam game is as big as its ever been. Both teams can win and stamp a ticket for the playoffs, or so it seems.

Based on recent performance it makes sense that the Sooners are the favourite but let’s not completely forget where the game is being played as we contemplate our wager.

Other than that blip against Texas the Sooners have played like a team worthy of competing in the playoffs. They are one of the most complete teams in the nation.

On offense the Sooners can beat you through the air and on the ground. Baker Mayfield has proven to be the ideal triggerman and Samaje Perine and reliable runner.

The defense is no slouch either. They held Baylor to just 34 points a couple of weeks ago in the win and TCU, who was admittedly shorthanded, to just 29. They are not Alabama but they get the job done.

This is one of the hardest games to call but the Sooners have stepped up this season, proving they are still an elite program.

The Cowboys were the surprise team in the B12 this season. Win or lose they have had a strong season but if they lose they will have to ask what if, because the schedule was so favourable.

When you think of the great offensive teams around college football they don’t come to mind but they are 7th in points and 17th in yards. They are doing it primarily through the air.

That’s thanks to QB Mason Rudolph, who has run with the role this season. However, there is no Dez Bryant calibre receiver as part of this group. He spread the ball around.

The Cowboys can keep up in a shootout and they may have to because their defense has been leaky when they have played the better teams in the league.

This is the smallest this number has been since 2011 when OSU won as a favourite. Thes programs have split the last four in the series.

Tough call because I am not sure who will win. In that situation you have to go with the underdog.

+7 is a pretty nice cushion for a game that could go either way. My hunch is that it might not be all that close.