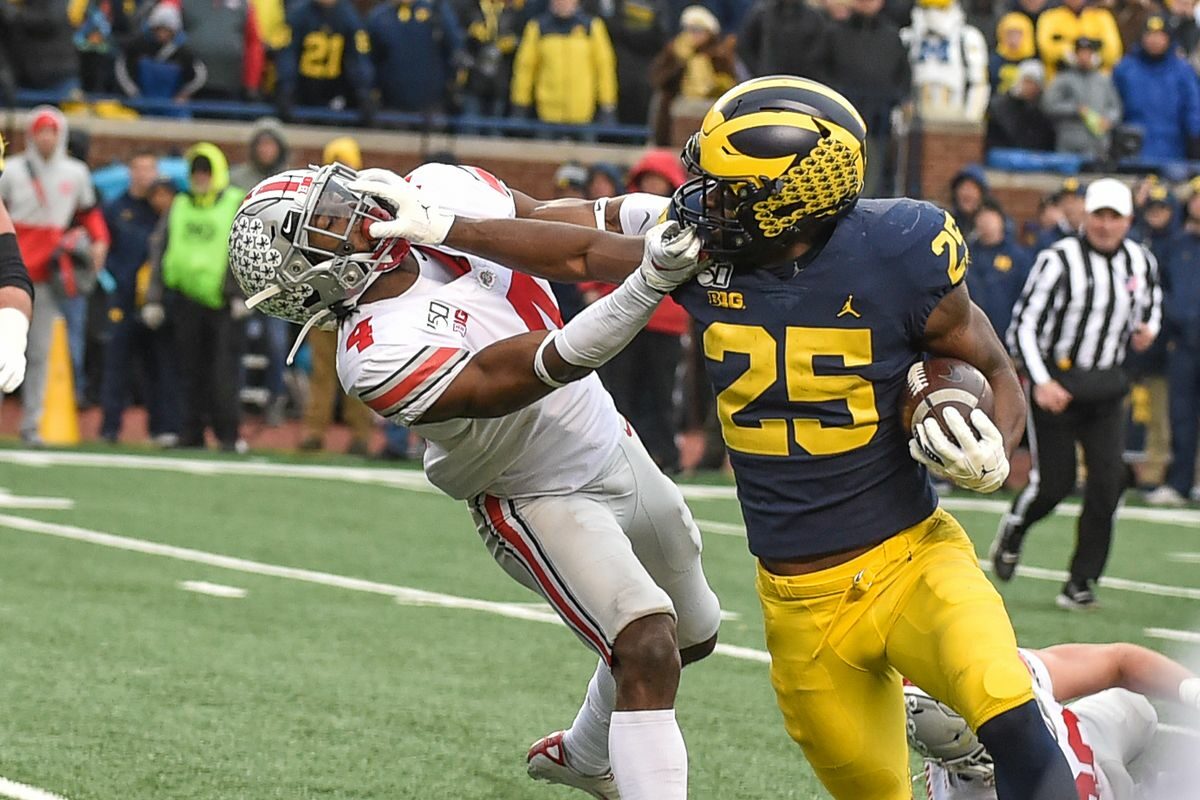 No. 8 Michigan will be looking to stay undefeated on the season and climb their way into playoff contention when it hosts Northwestern on Saturday afternoon from the Big House.

Michigan is tied stop the Big Ten East standings with rivals Michigan State and Ohio State while Northwestern sits in the middle of the bottom of the Big Ten West.

Northwestern picked up their first conference win of the season with a commanding 21-7 home victory over Rutgers. The Wildcats held a 14-7 lead and shut down the Scarlet Knights in the second half.

South Carolina transfer QB Ryan Hilinski had a solid performance, completing 18/33 attempts for 267 yards passing and a pair of touchdowns. The main receiving target on the day was fellow transfer Stephon Robinson Jr. who caught 5 passes for 115 yards.

The Wildcats offense has been below average in the Big Ten, averaging the 8th most yards per game with 374.7. They average just 21.8 points per game, 12th best in the conference.

Northwestern’s defense has not been good relative to years past, allowing 410.8 yards per game which is second worst in the conference. The teams scoring defense is 11th best, surrendering 23.8 points per game.

Michigan escaped an upset last week on the road in Lincoln, overcoming a three point differential in the fourth quarter to beat the Cornhuskers 32-29.

Junior QB Cade McNamara was serviceable throughout the contest, completing 22/28 passes for 255 yards but threw no touchdowns and an interception.

Hassan Haskins continued his impressive season by grinding out another solid performance on the ground. The senior running back ran 21 times for 135 yards and added a pair of touchdowns.

Michigan’s defense has been solid as well this season, allowing 310 yards per game which is the 4th best in the conference. The teams scoring defense is also 4th best in the Big Ten, surrendering just 15.5 points per game.

I see Northwestern struggling to score against the Michigan defense, but this will be a competitive game for a while. The Wolverines are entering this contest after a bye week so their may be some rust early on.

Michigan is the far more talented team and will lean on their veteran offensive line and Hassan Haskins to lead the way on the ground. Jim Harbaugh has one his best chances to make the CFB playoffs since taking over at Michigan and a game like this can serve as a solid tune-up before they head on the road to take on Michigan State next week.

I think the point total was set high for this matchup and the way Michigan runs the ball they’ll take up plenty of clock. The Wolverines also may be tested early but it takes four quarters to win and I expect the running game to wear down the Wildcat’s defense late and allow a couple of scores.

Take the Wolverines and the under this Saturday.

If you’re looking for more picks like this Northwestern Wildcats vs. Michigan Wolverines matchup we’ll be providing 4* free College football game predictions on the blog all season long, and check out our Experts for guaranteed premium & free CFB Football picks!