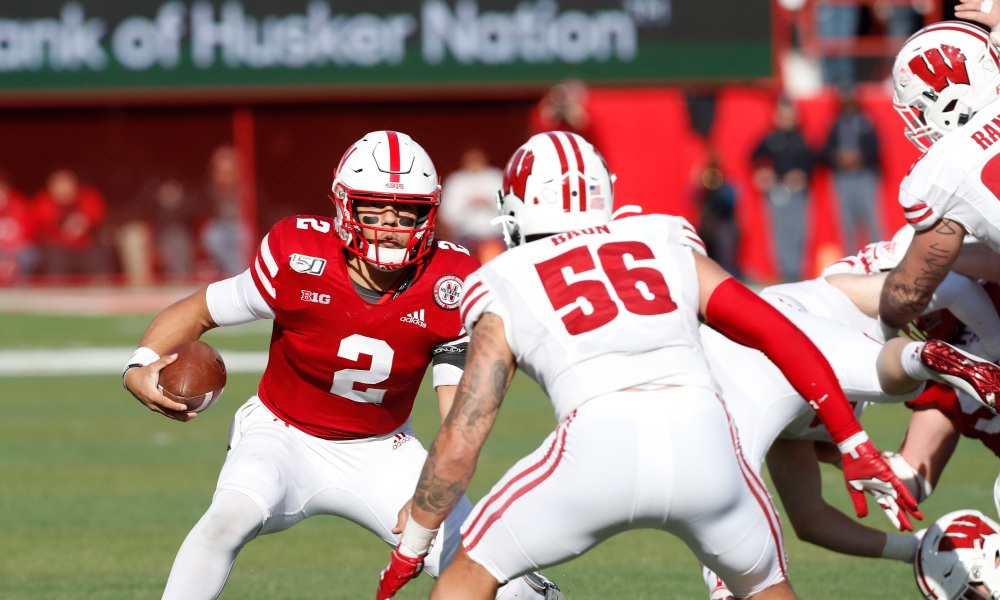 The Wisconsin Badgers will welcome the Nebraska Cornhuskers to town this weekend.

HISTORY: Nebraska and Wisconsin have competed for the Freedom Trophy for the previous ten seasons. The Badgers lead the all-time series 10-4, and they’ve won the past seven meetings

Wisconsin is favored by nine points at home here.

The Cornhuskers followed up a rough six-week stretch that included five losses by one score or less by taking another close loss to Ohio State, 26-17. Nebraska covered the generous home spread, but it’s been a sickening season for Scott Frost’s team.

Adrian Martinez’ had another solid showing against Ohio State. He only led the offense to nine first half points, and all five of their losses have come from similar beginnings.

Martinez has thrown for 1,999 yards, with ten touchdowns to three interceptions this season. The four-year starter also leads the team with 420 rushing yards and 10 touchdowns.

Rahmir Johnson gets the bulk of the touches in the backfield. The junior back has run for over 60 yards in each of the past four games, and he posted a season-high 83 yards and two touchdowns against the Golden Gophers.

Samori Toure leads the team in receiving with 26 catches for 519 yards and three scores, but he was very quiet against Minnesota. The Montana transfer only caught one pass, but junior tight end Austin Allen has a big game, catching five passes for 121 yards, and scoring for the second game in a row.

Wisconsin was able to get back in the win column after having one of the tougher schedules in the nation to start the season. The Badgers uncharacteristically enter this one 2-3, with a good chance of getting back to .500. After a pair of tough losses to Notre Dame and Michigan, Wisconsin shut out Illinois on the road to earn their first Big Ten win of the season

The Badgers have taken their annual approach to the passing game, keeping things as conservative as possible with Graham Mertz behind center.

The second-year starter doesn’t have much free reign in Wisconsin’s run-heavy attack, but he managed to lead the team to a win over Army last weekend with 112 passing yards and two rushing scores.

Chez Mellusi and Brandon Allen have been strong out of the backfield, and they’ve starred in the last two weeks. Mellusi ranks in the top-8 in the Big Ten in both yards (543) and ypg (90.5), while Allen has rushed for 100 yards and a score in each of the past two weeks.

It’s been a heartbreaking, yet profitable season for Nebraska, and there’s a chance that trend continues this weekend.

Wisconsin’s style of play will allow Nebraska to keep things close in this one. Both teams play a physical game, and rely heavily on their run game and strong defenses. All it will take is a few plays for Nebraska, and they could finally get over the hump. We feel good about spotting them the points here.

Take Nebraska’s spread, as they’ve been admirably competitive all season.

If you’re looking for more picks like this Nebraska Cornhuskers vs. Wisconsin Badgers matchup we’ll be providing 4* free College football game predictions on the blog all season long, and check out our Experts for guaranteed premium & free CFB Football picks!