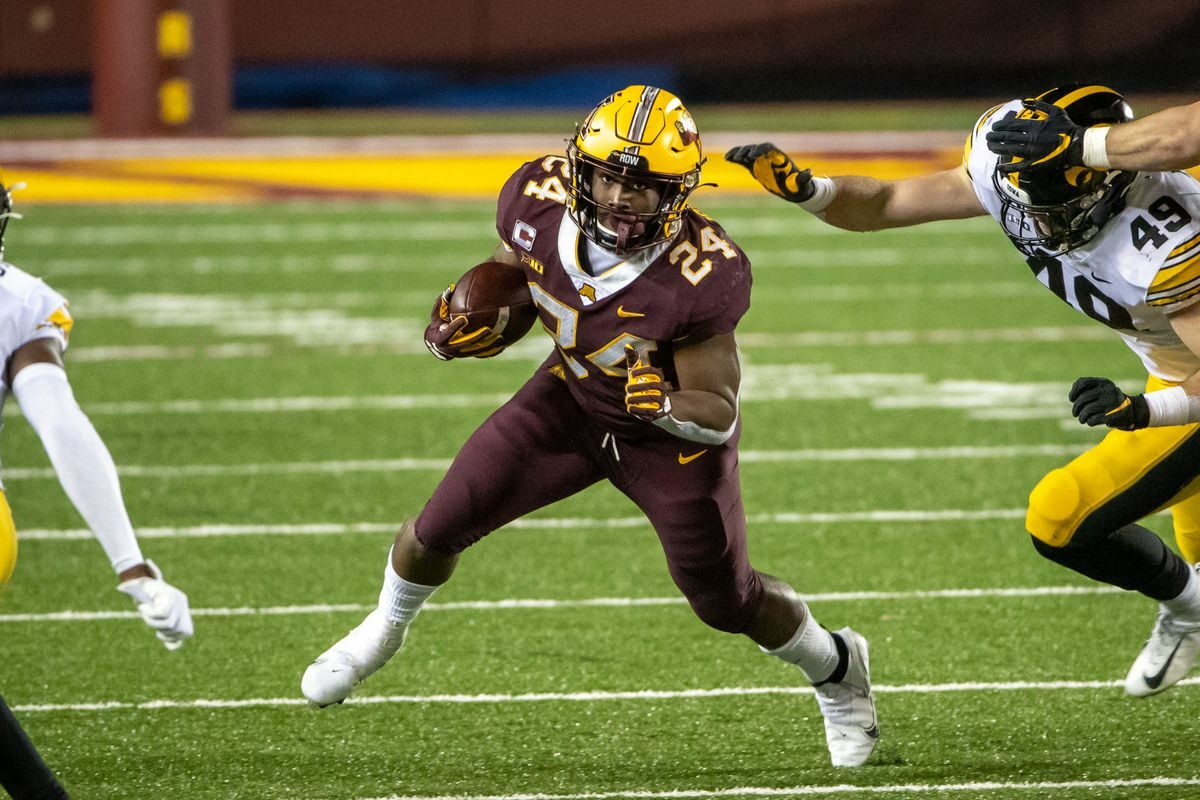 The Minnesota Golden Gophers will put their unbeaten road record on the line as they travel down to take on the Northwestern Wildcats for a BIG10 showdown.

After being upset at home by Bowling Green 14-20, the Golden Gophers have rattled off three straight conference wins and sit atop the BIG10 West with Iowa.

Last week, Minnesota faced Maryland at home and used a huge day on the ground to roll the Terrapins 34-16. The Gophers run game accounted for 326 of their 451 total yards and all four touchdowns were on the ground.

Ky Thomas was the leading rusher with 139 yards on 21 carries, Mar’Keise Irving added 105 yards on 15 carries, Bryce Williams followed with 48 yards on 13 carries, and Cole Kramer rounded out the group with 30 yards on 6 carries. All four ball carriers scored a touchdown.

The Golden Gophers offense has been below average in the Big Ten, averaging the 9th most yards per game with 359.7. They average 26.6 points per game, right in the middle of the conference at 7th best for scoring.

After a solid 21-7 win over Rutgers at home the Wildcats were faced with the challenge of traveling to Ann Arbor to play the #6 Michigan Wolverines. Northwestern hung tight and only were behind 7-10 at half but had no answer after the break and were rolled 7-33.

The Northwestern defense lived up their conference worst ranking as they allowed the Wolverines to total 457 yards of offense, more notably 297 yards on the ground.

The Wildcats offense has been below average in the Big Ten, averaging the 10th most yards per game with 354.4. They average just 19.7 points per game, second worst in the conference.

Northwestern’s defense has been horrendous this season, they are currently allowing 417.4 yards per game which is worst in the conference. The teams scoring defense is 3rd worst, surrendering 25.1 points per game.

Nonetheless, Pat Fitzgerald is a great coach and he has gotten his team ready to play countless times. Northwestern is 3-1 at home this season with the loan loss being the home opener against the now #10 Michigan State Spartans.

Minnesota has had many close games this season and I think this game may sneak up on the Gophers.

I think Minnesota will win this game but I think this game could be close throughout. I’m taking Northwestern to hang tough at home and cover this line.

If you’re looking for more picks like this Minnesota Golden Gophers vs. Northwestern Wildcats matchup we’ll be providing 4* free College football game predictions on the blog all season long, and check out our Experts for guaranteed premium & free CFB Football picks!