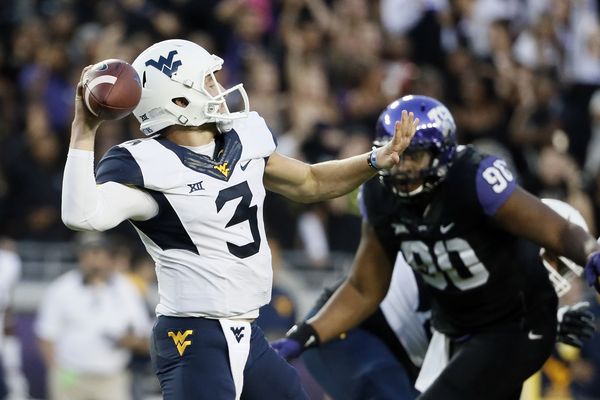 West Virginia has now won three games in a row since losing four in a row against the likes of Oklahoma, Oklahoma State, Baylor, and TCU. They’ve gotten right against the bottom of the Big 12 conference and will look to continue on that path against Iowa State.

It has been another long year for the Iowa State Cyclones and after seven years the Cyclones will part ways with Head Coach Paul Rhoads after the season.

Iowa State has improved on the offensive end with sophomore quarterback Joel Lanning taking the helm. Since starting, Lanning has thrown 9 touchdowns and only 2 interceptions.

In the back field, freshman Mike Warren has been quite the sensation carrying the ball 208 times for 1,265 yards, and 5 touchdowns.

Iowa State has some talent on the offensive end, but they are underachieving a bit and that’s why the Cyclones are moving on from Rhoads.

West Virginia might be the best team in college football beating up on extremely poor teams. We talked about it last week that the spread was too low versus the Kansas Jayhawks and it was.

The Mountaineers looked like world beaters and covered easily.

The Mountaineers come back home to face another bad team in the Cyclones and I believe West Virginia will look strong once again this week.

West Virginia has a good defense and while I don’t think they will completely shut down the Cyclones, they will keep them out of the end zone enough and the Mountaineers will be able to score on the Cyclones.

Iowa State is a poor defensive team ranking 112th in college football in total yards and 97th in points allowed.

I’m not as confident as I was earlier this week, but I still like West Virginia to cover over Iowa State.

However, Iowa State is still a poor team and West Virginia is better than them and they are at home.

As we talked about last week, against cupcake opposition West Virginia looks like one of the best teams in college football. It looked that way on paper and that ended up holding true against the Jayhawks as West Virginia easily covered last week.