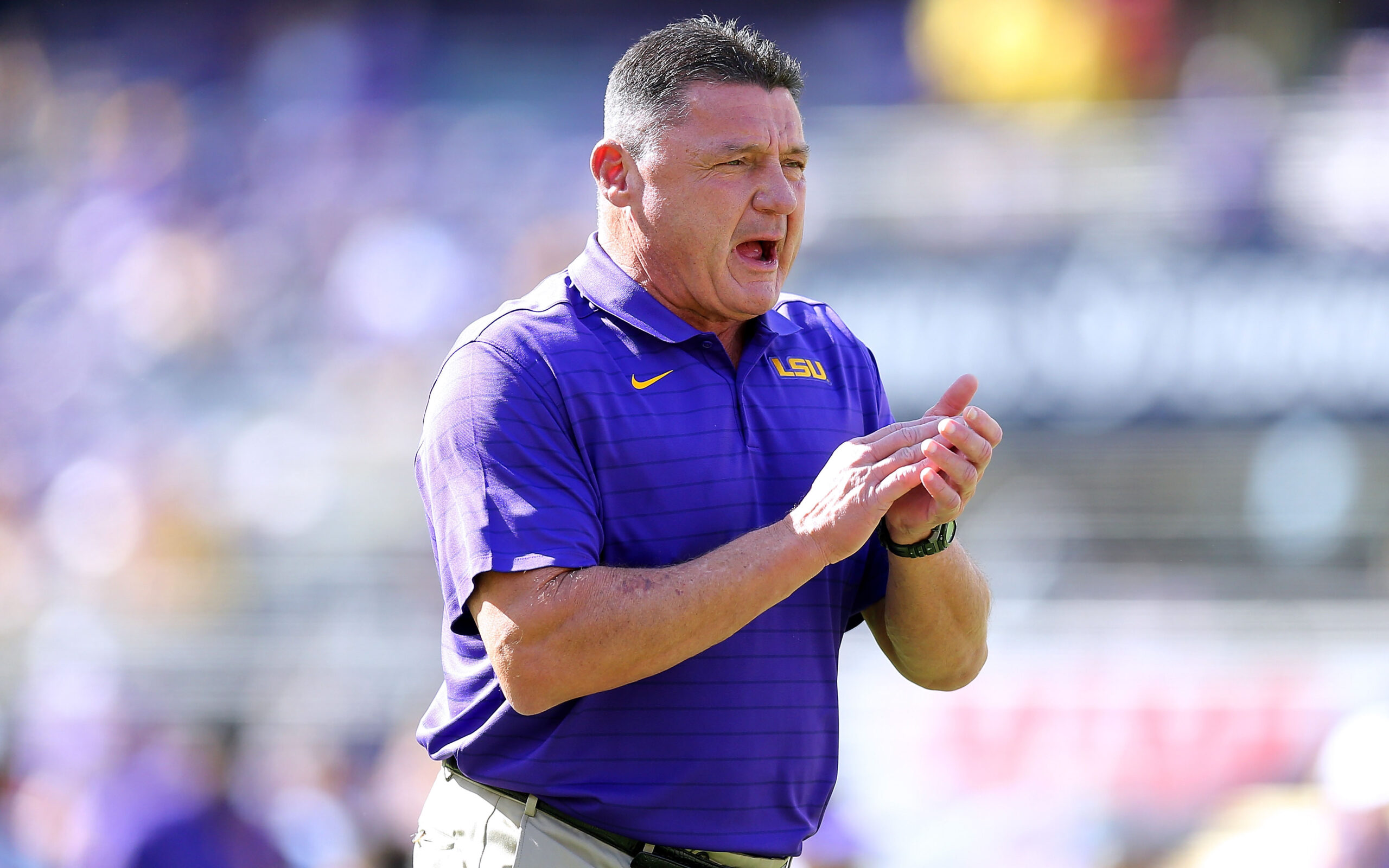 The Arkansas Razorbacks will make the trip to Death Valley and take on the LSU Tigers this Saturday night.

HISTORY: The Tigers and the Razorbacks have met in every season since 1992 for the Golden Boot. LSU leads the all-time series 42-22-2, and they’ve won the last five matchups.

Arkansas is favored by 3 points on the road here.

Arkansas picked up another quality win at home last weekend against Mississippi State. The Razorbacks took a six-point lead into halftime, and held off a late rally from the Bulldogs to earn their sixth win of the season.

Sophomore KJ Jefferson did just enough last week to lead Arkansas to victory. The dual-threat quarterback was 19-23 for 191 yards with a touchdown, but he was ineffective on the ground for the second week in a row.

Dominique Johnson had his best game of the season against the Bulldogs, leading the backfield with 107 rushing yards on 17 carries and two touchdowns. He’s one of four Razorbacks who’ve gained 400 yards on the season.

Treylon Burks has been one of the better receivers in the SEC despite the Razorbacks run-heavy approach. The junior wideout has scored six touchdowns over the last four games, and he leads the team with 48 catches for 799 receiving yards and eight touchdowns.

LSU finally came through for bettors in a big spot last weekend. The Orgeron regime has gone sideways, but he led the Tigers into Tuscaloosa and his team performed admirably. Despite the 20-14 loss, LSU really put a scare on Alabama and covered the generous 29 point spread.

Max Johnson was solid in a hostile spot last weekend. The sophomore quarterback only went 16-32 for 160 yards, but he threw a pair of touchdowns, and nearly led LSU to an improbable victory.

Johnson has cooled off a bit after a hot start, and he’s thrown for 2,169 passing yards with 22 touchdowns to six interceptions.

Tyrion Davis-Price has really picked things up during the month of October, and he had another strong performance against the Tide last weekend. TDP rushed for 104 yards on 23 carries, and he leads the Tigers with 732 rushing yards and six touchdowns.

LSU didn’t just play well on the road last weekend, they went into Tuscaloosa and challenged the best team in the nation. That enough gives us enough of reason to trust them in a manageable underdog spot in Death Valley this weekend.

The Tigers have played much better in the last three weeks, as the loss of Kayshon Boutte has led to them getting back to their roots and leaning on the ground game. After starting 4-0, the Razorbacks have really struggled on the defensive end, and that could bode well for the hosts. If Ed O enters this one with the same physical approach, the Tigers could pull it off here.

Take the Tigers moneyline for this SEC West battle.

If you’re looking for more picks like this Arkansas Razorbacks vs. LSU Tigers matchup we’ll be providing 4* free College football game predictions on the blog all season long, and check out our Experts for guaranteed premium & free CFB Football picks!