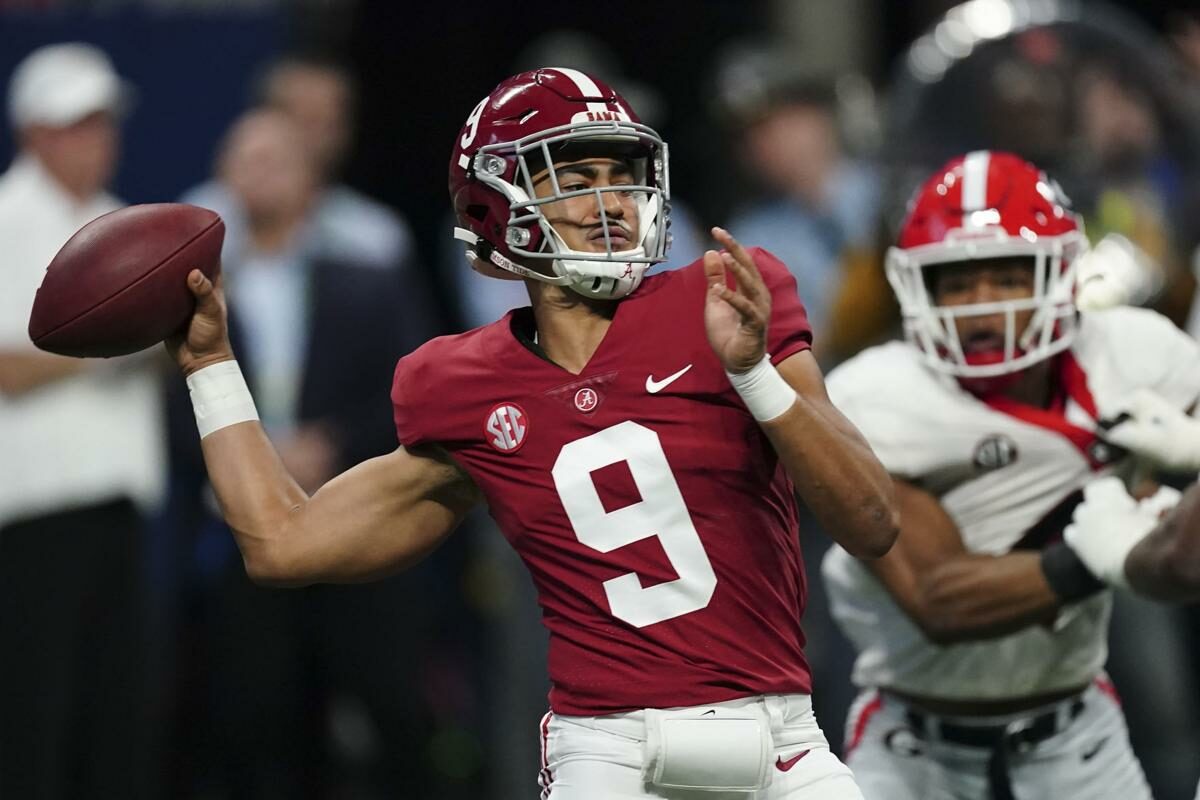 Two familiar foes will face off in the National Championship once again as the top ranked Alabama Crimson Tide will play the Georgia Bulldogs in a rematch of the 2018 title game.

Bryce Young carved up the nation’s top-rated defense, throwing for three touchdowns and running for another as the fourth-ranked Crimson Tide rolled over No. 1 Georgia 41-24 in the Southeastern Conference championship game on December 4th. For Alabama, it clinched the teams seventh trip to the CFP Playoffs in the eight year of its creation.

Alabama overcame a 20-10 fourth quarter deficit in 2018 behind the arm of true freshman Tua Tagovailoa and won in overtime 26-23 as underdogs.

Will the Tide roll to another championship under Saban?

Alabama will try to win its second national title in a row and fourth in the eight seasons of the CFP format. The Crimson Tide advanced to the championship with a dominating 27-6 win over the Cincinnati Bearcats in the Cotton Bowl.

The Tide relied on fifth-year senior and first-year featured running back Brian Robinson Jr. who ran for a career-high 204 yards on 26 carries. Heisman Trophy winner Bryce Young had a quiet day and finished 17/28 passing for 181 yards and three touchdown passes with an interception.

The Alabama defense held the AAC champion Bearcats to a season-low 218 total yards and held without a touchdown for the first time since a 42-0 loss at Ohio State in the second game of the 2019 season.

Star Wide Receiver John Metchie III tore his ACL in the SEC Championship and will miss the remainder of the season. Alabama will also be without Cornerback Josh Jobe who underwent surgery on his injured foot this week and is expected to miss the postseason.

Less than a month after the Bulldogs fell for the first time this season, to the Crimson Tide 41-24 in the SEC championship game, they secured a rematch by dismantling the Michigan Wolverines in the Orange Bowl at Hard Rock Stadium.

Georgia controlled the game from the start and scored on each of its first five possessions and never punted in building a 27-3 lead at the half. The Bulldogs went on to win 34-11 and set up another rematch with the rival Crimson Tide.

Stetson Bennett, a former walk-on, played one of the best games of his college career, completing 20 of 30 passes for 313 yards with three touchdowns. Running back James Cook was the teams leading pass catcher in the contest with 4 receptions for a team high 112 yards and a touchdown.

This game feels eerily familiar as recent games between these two as Alabama is an underdog once again against Georgia. Since 2008, Nick Saban and the Crimson Tide have been underdogs in a game just seven times, and they are 6-1 in those games. On three different occasions in that span, the Bulldogs were the favorites and Alabama has won by an average 19 points.

These teams played just over a month ago and the Tide overcame an early 10-0 deficit and rolled to a 41-24 victory in the SEC Championship. It was the only blemish on the Georgia defense this season as the Bulldogs have been stout across the board.

It’s hard to bet against Saban, it’s even harder to bet against him when playing a former assistant as he is 24-1 in his career. Kirby Smart let the 2018 Championship slip away and it’s hard to put faith in him until he climbs the hill.

Furthermore, Bryce Young is a much more electric playmaker than Stetson Bennett and that showed in the first meeting between these teams.

Take Alabama to win outright as an underdog once again and win back to back national titles.

If you’re looking for more picks like this Alabama Crimson Tide vs. Georgia Bulldogs matchup we’ll be providing 4* free College football game predictions on the blog all season long, and check out our Experts for guaranteed premium & free CFB Football picks!