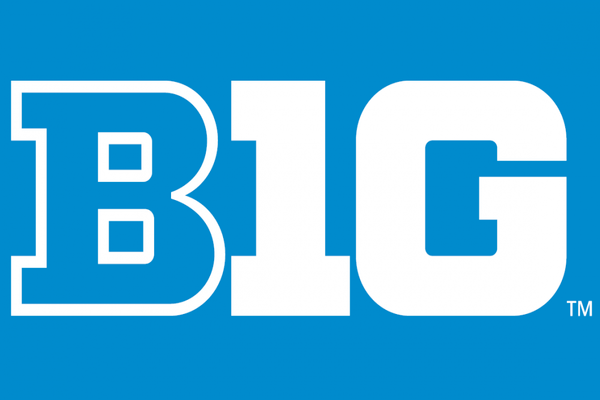 Looking for 2020 Big 10 Conference Predictions? Here at Cappers Picks, we’re trying to preview and handicap every CFB conference for the 2020 season. Best to start with the least watchable conference in the country: the Big Ten.

Ohio State has been the team in this conference for the past few seasons, and they will enter the 2020 season as a heavy favorite to pull down the Big Ten championship again.

However, this will not be another cakewalk to the CFB playoff for the Buckeyes this season. The Big Ten will have their challengers, and I expect this to be a fiercely competitive conference again this season.

And with that, here are the 5 teams to bet on in the Big Ten that can win the 2020 Big Ten Conference, followed by my free pick underneath!

Not much needs to be said about Ohio State.

The Buckeyes have won four of the last six Big Ten championship games, including the last three. Last season, they posted a 13-1 record and earned a spot as the 2-seed in the CFB playoff.

Coming into 2020, Justin Fields is the betting favorite to win the Heisman and the Buckeyes trail only Clemson as favorites to win the whole thing. Ohio State had the best scoring offense and best scoring defense in the Big Ten last season, and their point differential was head-and-shoulders above the rest of the competition. It is very clear why the Buckeyes are such heavy favorites in the Big Ten coming into 2020.

While Michigan has seen a resurgence in their football program since the Harbaugh hiring, they’ve seen little-to-no postseason success.

As the Michigan head coach, Harbaugh has a 47-18 overall record with three 10-win seasons. However, he’s also failed to make the conference championship game, is just 1-4 in bowl games and, maybe most importantly, has been swept by arch-rival Ohio State.

After a 9-4 season in which Michigan finished sixth in total offense and fourth in total defense, betting the Wolverines at this number makes no sense. 10 wins is a definite possibility, but a conference championship isn’t realistic for this squad.

Penn State might be this year’s best bet in the Big Ten conference.

In 2019, PSU posted an 11-2 record behind the second-best scoring offense and the third-best scoring defense in the Big Ten. They finished the season at #13 in the AP top-25 and earned a trip to the Cotton Bowl for their efforts, where they dominated Memphis on their way to a 53-39 victory.

They had very little turnover from last season, with their most important returning player being QB Sean Clifford. Clifford is entering his redshirt junior season, and was very solid in his first season under center as he threw for 2700 yards and 23 touchdowns.

The Nittany Lions are poised to have another awesome season in 2020, and I don’t believe their 9-1 odds reflect how much of a threat they are to Ohio State. It’s worth it to take a flyer on Penn State for the upcoming season.

Ohio State has to lose a championship game to someone, why not the Nittany Lions!

The 2019 season saw the Badgers post a 10-4 record, with trips to the conference championship game and the Rose Bowl.

It also saw the Badgers lose in both of those games, including a devastating one-point loss to Oregon in the Rose Bowl.

However, the Badgers still had a pretty successful season. Their usual formula of run-the-ball-and-play-defense produced desired results, as they posted the second-best rush offense and the second-best total defense in the Big Ten. RB Jonathan Taylor posted a 2000-yard season and finished tied for most rushing yards in the conference.

Wisco also had wins over Michigan and Minnesota last season. Additionally, they led Ohio State 21-14 at halftime of the conference championship game before getting shutout in the second half.

Wisco is losing their top rusher in Taylor, but I imagine they will find further success running the ball, punting the ball and playing defense in 2020.

Alright, let’s do this Penn State!

Urban-less Ohio State needs to suffer a defeat at some point, and why not this year! This is the Buckeye’s conference to lose, and I don’t actually believe they will lose the conference.

However, the Nittany Lions at 9-1 are a great value-bet and I will certainly be taking a flyer on them to shock the world this year.

If you’re looking for more blog posts like our 2020 Big 10 Conference Predictions we’ll be providing 4* free College football game predictions on the blog all season long, and check out our Experts for guaranteed premium & free CFB Football picks!