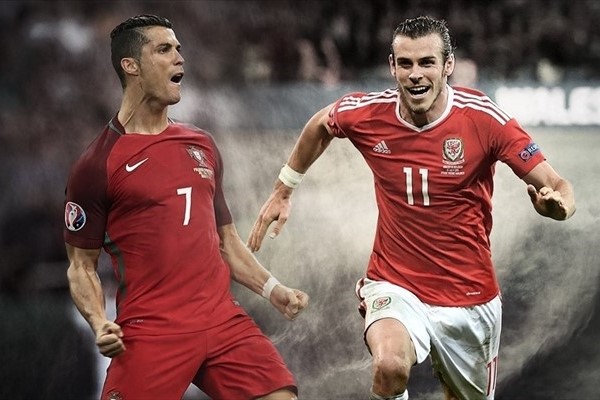 There has been plenty of cinderella stories here in this years Euro Cup.

One of those Cinderella’s meets with Portugal here in the semi finals as Wales has continued to shock team after team.

The expectations for Wales entering this Euro 2016 wasn’t much.

Making it out of their group was supposed to be a giant challenge. However, those expectations have been exceeded to new levels.

Wales came into Euro 2016 making their first major tournament appearance since 1958. They topped their group with wins over Slovakia and Russia and then took on Belgium in the quarterfinals.

In what was their most epic win in team history, Wales took down powerhouse Belgium 3-1 to clinch a spot here against Portugal.

Gareth Bale continues to be the biggest contributor of this team and will now get a chance to take down his Real Madrid teammate.

Ronaldo’s side hasn’t always had the most pleasant time here in Euro 2016. This team has looked sloppy and had to hang on for dear life on many occasions, but have survived on every occasion.

Portugal barely made it through group play, managing only 3 points to finish 3rd. Luckily for them, the new format allowed 3rd place teams to advance, which saw them move on.

A goal in the 117th minute helped them take down Croatia in the Round of 16 and then penalty kicks decided their fate against Poland.

Nonetheless, this team has found ways to win and now get a chance to clinch a spot in the title game. Portugal have used the tactics of holding onto possession and finding gaps with over the top balls. Look for them to do that once again here, as they try to control the tempo.

Portugal have the clear edge here against Wales, but that has been the case for this Wales team all tournament.

Possession is the key here. Both teams will look to stay back and not allow anything early or cheap.

With the way Portugal have played here in Euro 2016, this is a case where we see a stalemate throughout. Given that, the Under and Extra Time are a real possibility here.

If you’re looking for more picks like this Portugal vs. Wales we’ll be providing 4* free Euro 2016 plays on the blog all Tournament long, and check out our Experts for guaranteed premium & free Euro 2016 picks!