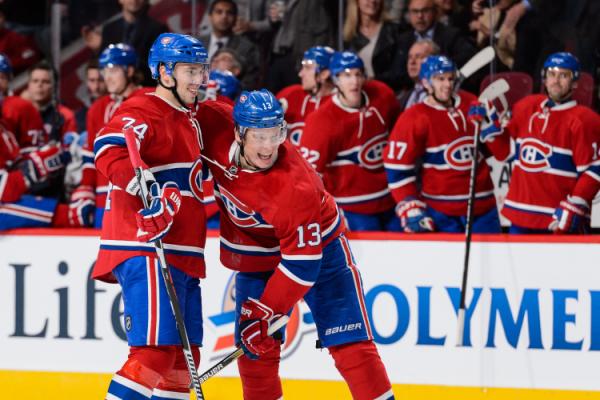 Two of the top teams in the NHL headline the Thursday NHL slate with the Washington Capitals and Montreal Canadiens getting set to do battle.

The Canadiens bring in the best record and home record in the NHL while the Capitals have rattled off 5 straight wins.

The Capitals have won 5 straight games and are getting some stellar play from G Brandon Holtby.

The Caps goalie has been in net for all 5 wins during this winning streak and has won his last 7 starts overall. Holtby was the NHL’s Second Star of the Month after posting a 9-2 record in November with a 1.99 GAA.

Forward Justin Williams continues to fit right in with the Capitals as he has had no problem finding the back of the net. Williams has tallied 5 goals over his last 9 games.

Look for Captain Alexander Ovechkin to bring out his best when these two teams meet on Thursday. Ovechkin has tallied 22 goals and 38 points in 36 total games against Montreal.

Holtby also has some solid career success against the Canadiens. He’s gone 6-0-2 with a 1.33 GAA against Montreal.

The Canadiens thought their season might be heading in the wrong direction after G Carey Price went down with an injury.

However, the complete opposite has happened as rookie Mike Condon has seriously stepped up. The Canadiens are 2-0-1 since Price went down and Condon hasn’t skipped a beat by getting the full time starting job.

However, his success hasn’t been there against the Caps. He’s scored just 2 goals in 20 games against Washington.

This will be a fun game to watch. Both teams are at such a high level, this really could go either way.

Because they’re at home, the Canadiens are the move here. They are the best home team in the NHL and will come out and prove it on Thursday.