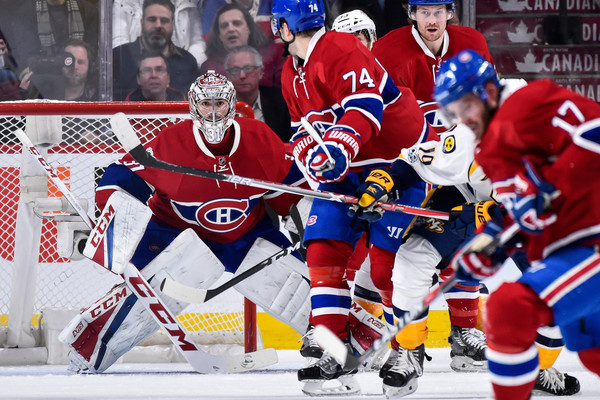 The Canucks will be feeling just fine about themselves as they head East after destroying the Bruins in their last game by a shocking score of 9-3. Basically everyone got on the scoreboard in that last game and they will be looking for plenty more this Wednesday against an average at best Canadiens side.

The Canadiens, on the other hand, will also feel confident coming off of a 3-0 white was of the Sens in a game where Carey Price made 30 saves in the shutout. With the Canucks offense rolling you can expect Carey to be busy once again, but he is the type of goaltender who can rise to the occasion down the stretch in a very tight playoff race.

The Canucks, fresh ff their impressive victory, now sit 3rd in a Pacific division that you feel is going to come right down to the wire. The Canucks are a young and talented team who will need to find some consistency down the stretch, but have all the tools to make an impact come playoff time.

Thatcher Demko has been confirmed here as getting the start and that should give Montreal some confidence, as he has not been overly impressive in his starts this campaign. Demko has a .905 save percentage to go along with a 3.03 GAA and a 10-6-2 record.

The Montreal Canadiens will also be desperate this Wednesday to make it 3 wins on the trot as the playoff picture in the Atlantic is starting to heat up. This team does not score a ton so they need to keep it tight at the back and with Carey Price being a bit better as of late they may just be able to sneak into the playoffs.

A playoff push would also be contingent on Tomas Tatar keeping up his fine season as he has 21 goals and 34 assists on the season and he really has been one of the few guys to produce consistent offense for this team.

Vancouver should be the favorite here, and deservedly so, but I am going with the home team here at would hould be a decent + money spot. The Canadiens have been playing better as of late and the fact that they are facing the Canucks beackup goaltender should help a lot.

This also seems like a spot game for Vancouver who is coming off an amazing win and now they have to fly across the country to face off against a Canadiens team who the Canucks might overlook.

Take the Montreal Canadiens on the moneyline this Wednesday and cash in on NHL action.

If you’re looking for more NHL picks like this Vancouver Canucks vs. Montreal Canadiens matchup we’ll be providing 4* free NHL predictions on the blog during the entire 2019 NHL season, and check out our Experts for guaranteed premium & free NHL Hockey picks!