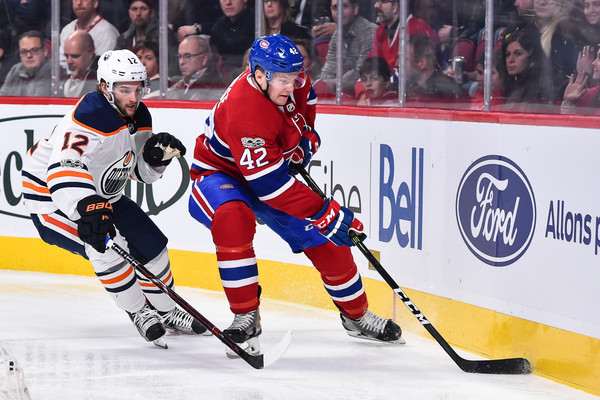 It’s a full slate of NHL games on Thursday and this is a big showdown. In this game the Vancouver Canucks make the trip to the Bell Centre to take on the Montreal Canadiens.

The Canadiens have won the last six games played between the two teams.

The Vancouver Canucks have had an up and down season and they have been a really hard team to figure out so far this year.

Coming into this game they have won two of the last three games but in the last game the offense struggled again scoring zero goals.
[dfads params=’groups=260&limit=1&return_javascript=1′]
On the season the Canucks are averaging only 2.9 goals per game and they need to find a way to get the offense get going faster.

On the other side of this matchup is the Montreal Canadiens who have also had an up and down season but come into this game playing some really good hockey.

They have won four of the last five games with the only loss coming by a point against an elite Tampa Bay Lightning team.
[dfads params=’groups=234&limit=1&return_javascript=1′]
This is a team they dominated and they need the defense to get out to a fast start early to have success.

The Canadiens are the better team and have dominated this series.

They will get out to a fast start and cruise to an easy victory.

If you’re looking for more NHL picks like this Vancouver Canucks vs. Montreal Canadiens matchup we’ll be providing 4* free NHL predictions on the blog during the entire 2018 NHL season, and check out our Experts for guaranteed premium & free NHL Hockey picks!