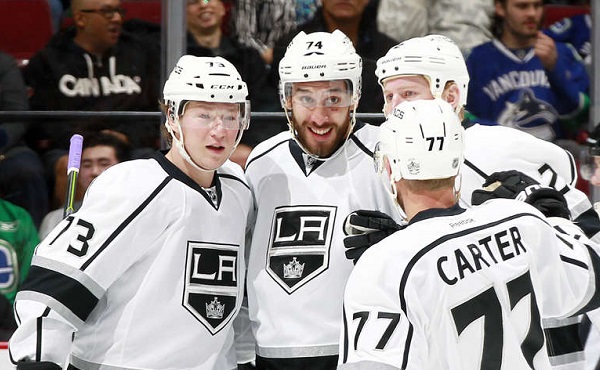 It’s a nice slate of games across the NHL on Thursday. In this game the Vancouver Canucks make the trip to the Staples Center to take on the Los Angeles Kings.

The visiting team has won the last two games played between the two teams.

The Vancouver Canucks got out to a fast start to the season but they come into this game really struggling having lost four of the last five games.
[dfads params=’groups=260&limit=1&return_javascript=1′]
The one win during that stretch was a big one beating the Flames by a final score of 4-3 in a shootout. In their last game it was the defense though that really let them down giving up seven goals.

On the other side of this matchup is the Los Angeles Kings who were playing better the last couple of weeks but they have now lost two games in a row.
[dfads params=’groups=234&limit=1&return_javascript=1′]
In the last two games they have given up 11 goals total and that has led to a defeat. If they want to win their defense is going to need to be better.

I think this is going to be game that both defenses will struggle.

Look for the Kings to win a game that covers the over.

If you’re looking for more NHL picks like this Vancouver Canucks vs. Los Angeles Kings matchup we’ll be providing 4* free NHL predictions on the blog during the entire 2018 NHL season, and check out our Experts for guaranteed premium & free NHL Hockey picks!