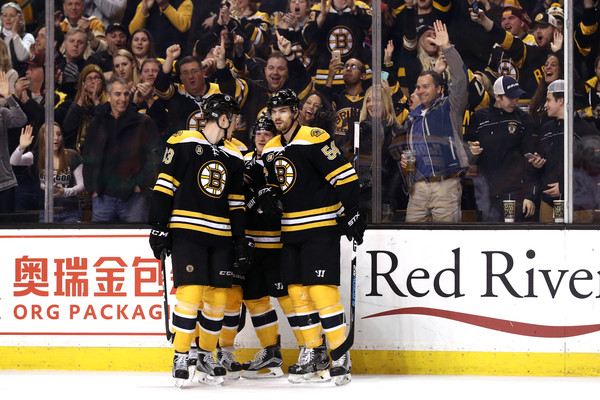 The Toronto Maple Leafs will be on the road in Boston Tuesday taking the ice against the Bruins at TD Garden. The Maple Leafs are playing host to the Columbus Blue Jackets on Monday before making the trip.

The Bruins will be looking to put an end to a two-game losing streak after falling to the Maple Leafs 4-3 in Toronto last Saturday. Boston needs to regroup after giving up four goals in each of their previous two games.

Toronto will be skating at home Monday night against the Columbus Blue Jackets. Heading into the game, the Maple Leafs have been able to put the puck in the net for an average of 3.89 goals per game while giving up 3.33 to their opponents.

They have been able to fire an average of 34 shots a night while allowing 32.7 on the defensive end of the ice.

Toronto has scored seven power-play goals this year for a 26.9 conversion rate to go along with a 79.3 penalty kill percentage.

One of the bigger issues for the Leafs’ is spending 64 minutes per game in the penalty box. The Bruins have been sharp when their opponents skate a man down this season.

Toronto will need to address the penalty situation to win on the road, here.

Following Saturday’s loss, the Bruins are now 5-1-2 on the year. They have been able to score an average of 2.75 goals per game while giving up just 2.13.

Boston has been good for an average of 32.5 shots per game this season while allowing 32.8 on the defensive end of the ice.

They have nine power-play goals for a 37.5 conversion rate to go along with an 85.7 penalty kill percentage.

The Bruins have a 6-3-1 record in their previous 10 games against Toronto. During the span, Boston has been able to score an average of 3.50 goals per game while giving up 2.60.

They have nine power-play goals compared to just five from the Maple Leafs.

Boston is a lot better on the defensive end of the ice than the score of the previous two games shows.

I think being on their home ice Tuesday night allows them to toughen up and get things back on track. I like the Bruins winning a close one.

If you’re looking for more NHL picks like this Toronto Maple Leafs vs. Boston Bruins matchup we’ll be providing 4* free NHL predictions on the blog during the entire 2019 NHL season, and check out our Experts for guaranteed premium & free NHL Hockey picks!