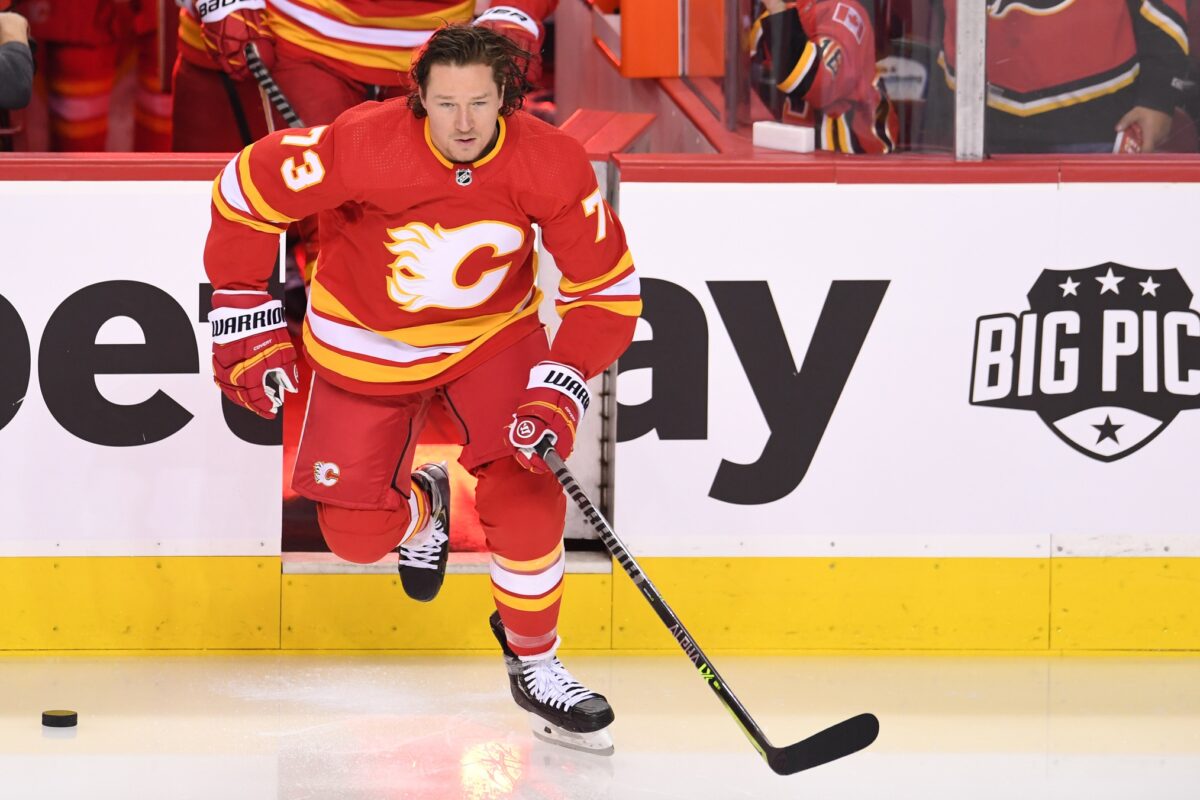 A good night last night on the pond warrants a couple picks today for Saturday’s slate I think. Some really good hockey being played by the top dogs in this league as they begin to separate themselves from the pack.

One of those top dogs I speak of who have acquired Tyler Toffoli ahead of the deadline are my arch-rival Calgary Flames. This team has started to put together some really nice play as we head down the stretch and in my mind are a true contender.

Johnny Gaudreau is on pace for a 100 point season, Markstrom leads the league in shutouts and their defenceman continue to stifle opposing attacks. The Kraken on the other hand although dawn some awesome sweaters only pass the vanity test and are not playing well.

So, with that all in mind let’s dive into this one in depth and compare the hot vs. the not.

The Kraken are not having anywhere near the level of success their expansion cousin Vegas Knights had at this stage of their inaugural campaign. With very little impactful talent really anywhere in their lineup they have really struggled to put w’s on the board.

They rank at or near the bottom of virtually every relevant metric both offensively and defensively. They are much to my surprised 1st in the league at shots allowed on goal per game which is kind of hilarious, and does not necessarily indicate any defensive strength.

All that tells me is that their opponents do not need a lot of opportunities to capitalize.

Grubauer is expected to start this one for the mythical sea creatures and he is posting a horrendous 3.18 GAA and .883 sv%.

The Flames as I previously said are just about exactly the opposite. They are one of those rare teams in this league that appear to have very little to virtually no weaknesses in their lineup.

Prying Toffoli out of Montreal a month before the deadline was a fantastic move for them in my opinion. As the Habs continue to spiral downward there would have been a plethora of squads calling about him come deadline time.

He wasted no time upon joining his new team and scored a sick goal off a breakaway against Columbus in his first game sporting the Flames colors.

Going forward, I think the Flames are one of the best in the west. I would rank them only slightly behind the Knights and Blues, all 3 of which behind the Avalanche.

I am going to hammer the Flames puckline in this one Saturday night. As much as I would love to see the Kraken and my boy Eberle pull this upset off in the Saddledome, they are simply no match for the Flames on home ice.

Markstrom is expected to start this one as well so the puckline looks good guys. Hammer it!!!

If you’re looking for more NHL picks like this Seattle Kraken vs. Seattle Kraken matchup, we’ll be providing 4* free NHL predictions on the blog during the entire 2021 NHL season, and check out our Experts for guaranteed premium & free NHL Hockey picks!