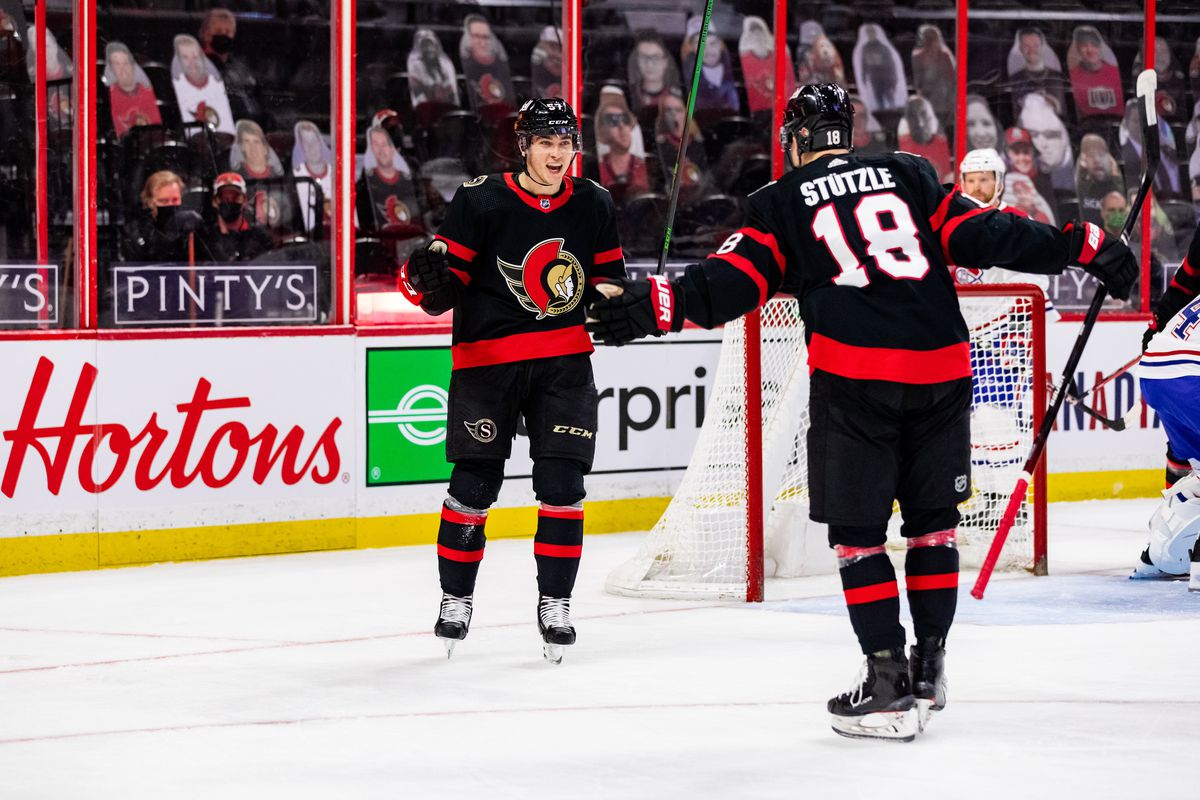 The Sharks have looked impressive so far. Yes, it’s only been two games and they played the Jets and Canadiens who are both struggling, but they’ve looked good in both wins.

The Senators split games against the Leafs and then beat the Stars in Ottawa. They looked just OK in each of those games and got good goaltending from their “backups” while Murray was out.

This team was almost good last year but they had no goaltending at all. Now they have James Reimer and Adin Hill which should be a big improvement from Martin Jones last year (although he did just have a good game against the Bruins, go figure).

The fact that the Sharks won their first two games was not that impressive. The way they did it was.

San Jose had about 60% of the expected goals in both games, and also the vast majority of high danger scoring chances as well. They had 8 at 5 on 5 compared to just 3 for the Canadiens.

The Senators are often times a good bet as underdogs, as they were very profitable last year, but not so much as favorites. This will probably be a rare phenomenon this season.

The biggest positive for this team is that this game they’ll be getting Brady Tkachuk back. He’s one of if not their best player, and he just got a big payday. They should be better with him, so that’s bad news for the Sharks.

Matt Murray is the big question mark. He missed the first three games of the season with an illness (non-COVID) and will be starting tonight. I don’t think he’s that good since leaving Pittsburgh and will probably give the edge in net to Reimer.

San Jose might have a little jump in their step after hearing their trouble-maker player Evander Kane is suspended for 21 games. He’s not a favorite in the locker room and will probably make them play better.

The Sharks just put a road beatdown on the Canadiens, so I’d say they have the potential to play well away from the Shark Tank.

Matt Murray struggled a lot last season with the Senators and he’s on the hot seat for sure. Forsberg might take the starting spot from him if he continues to play well and Murray can’t keep up.

I’ll take the road team that has been playing extremely well lately, even with some key players coming back for the Senators.

If you’re looking for more NHL picks like this San Jose Sharks Vs. Ottawa Senators matchup, we’ll be providing 4* free NHL predictions on the blog during the entire 2021 NHL season, and check out our Experts for guaranteed premium & free NHL Hockey picks!