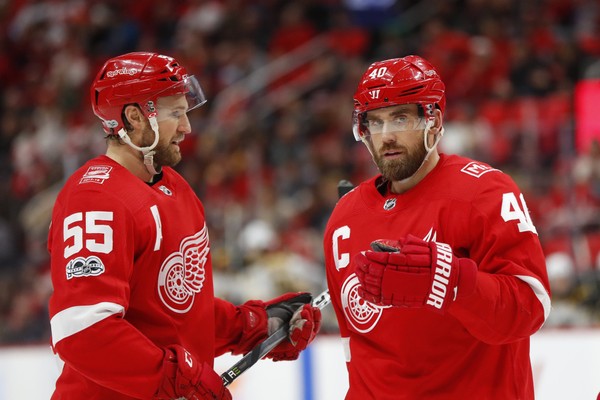 San Jose Sharks continue to chase the Calgary Flames for first place within the Pacific Division. They are winners of two of their last four games, overall, as they were able to pick up a shutout versus the Pittsburgh Penguins in their last outing on the road.

The Detroit Red Wings find themselves one spot away from the cellar of the Atlantic division as they have lost four straight games. And despite getting goals from Tyler Bertuzzi along with a power-play goal from Anthony Mantha, the Red Wings were simply not able to overcome a Minnesota Wild team that had 35 shots on goal for the night.

The San Jose Sharks allowed 26 shots on goal for the Pittsburgh Penguins in their shutout victory. Nonetheless, Martin Jones was perfect in net for the Sharks as his record increased to 29-11-4 for the season.

Tomas Herti scored on two power-play goals for San Jose in this contest while Evander Kane also scored a goal in the second period to make the score 3-0. Finally, a Brent Burns power-play goal in the third period sealed the victory as well as ended the scoring for both teams as the Sharks have picked up wins in eight of their last 10 games.

Burns has averaged five shots on goal per outing in the last 10 games for San Jose. Furthermore, he has racked up 15 points during this time along with 12 assists for the Sharks.

During their current four-game slide, the Detroit Red Wings have averaged three goals per game. On the other hand, they have also given up 17 goals during this time, which certainly does not bode well for them being very successful.

In their last outing versus the Minnesota Wild, they allowed 16 shots in the first quarter alone to the visitors. For the game, the Wild had 45 shots on goal, as stated, while goalkeeper Jonathan Bernier had 32 saves with a .912 save percentage in the loss.

The Red Wings rank in the lower tier of teams within the league as it relates to each of the major offensive and defensive categories. Dylan Larkin has scored two goals in the last five outings for Detroit as he has really been obtaining a healthy amount of shots on goal during this time (22).

Detroit allows over 3 goals per game to theri opponents this season on 34 shots.  With the way in which the Sharks have played lately, look for them to put some goals in the net throughout this contest as they will come away with a 5-2 victory over a struggling Red Wings squad.

Detroit has come short in four of their last five home games.  On the other hand, the Sharks have won six straight road outings while also being a few games away from reclaiming the top spot in the division.  Look for the Sharks to roll in this contest.

If you’re looking for more NHL picks like this San Jose Sharks vs. Detroit Red Wings matchup we’ll be providing 4* free NHL predictions on the blog during the entire 2018 NHL season, and check out our Experts for guaranteed premium & free NHL Hockey picks!