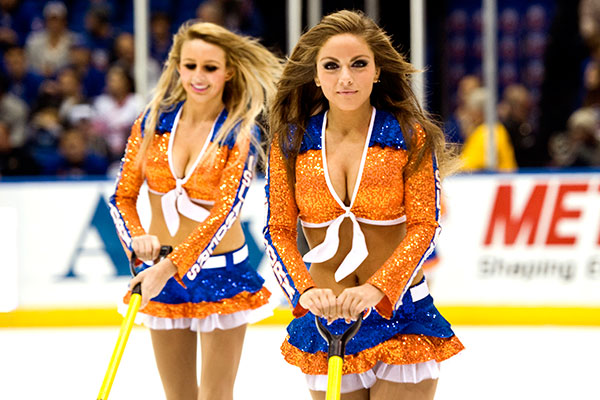 The Islanders will be looking for a 12th consecutive win after getting the best of Ottawa 4-1 Tuesday night.

The Penguins will look to avoid a third straight loss after falling 6-4 against the Bruins in Boston. Pittsburgh outshot the Bruins 44-26 in the game and won 30 of 56 faceoffs.

The Pens were unable to score on their only power-play opportunity but were able to defend the net each of the three times they were forced to skate a man down. They had nine blocked shots and seven takeaways in the game.

Matt Murray is projected to be between the pipes Thursday. Murray is 7-3-1 on the year with a 2.36 avg and .917 save percentage.

The New York Islanders are now 11-3-0 on the season following a 4-1 win at home against the Senators on Tuesday. New York was able to outshoot Ottawa 32-28 in the game and won 27 of 16 faceoffs.

They were unable to find the net on either of their two power-play opportunities but were able to defend the goal each of the four times they were forced to skate with a man in the box.

They had 10 blocked shots and six takeaways in the game.

The Islanders have been hot on the ice winning 11 consecutive games. Josh Bailey leads the team with 12 points, six goals, and six assists.

Semyon Varlamov is projected to be defending the net. He carries a 5-2-0 record on the year with a 2.14 avg and .929 percentage.

The Islanders have dominated the Penguins in their previous three matchups with a 3-0-0 record. New York has been able to score an average of 3.33 goals per game while the Penguins have been scoring just 1.00.

The Islanders have one power-play goal on 11 attempts during the stretch while Pittsburgh has been unable to find the net on eight opportunities.

I’m liking the Penguins to win this one as an underdog on the road. They not only do a better job defending the net, but they are also averaging more goals per game. Pittsburgh not only has a higher penalty kill percentage, but they also spend an average of 26 minutes less in the box each night.

The Islanders have been on one heck of a streak. That being said, they don’t have the strongest numbers. I think the streak comes to an end on Thursday.

If you’re looking for more NHL picks like this Pittsburgh Penguins vs. New York Islanders matchup we’ll be providing 4* free NHL predictions on the blog during the entire 2019 NHL season, and check out our Experts for guaranteed premium & free NHL Hockey picks!