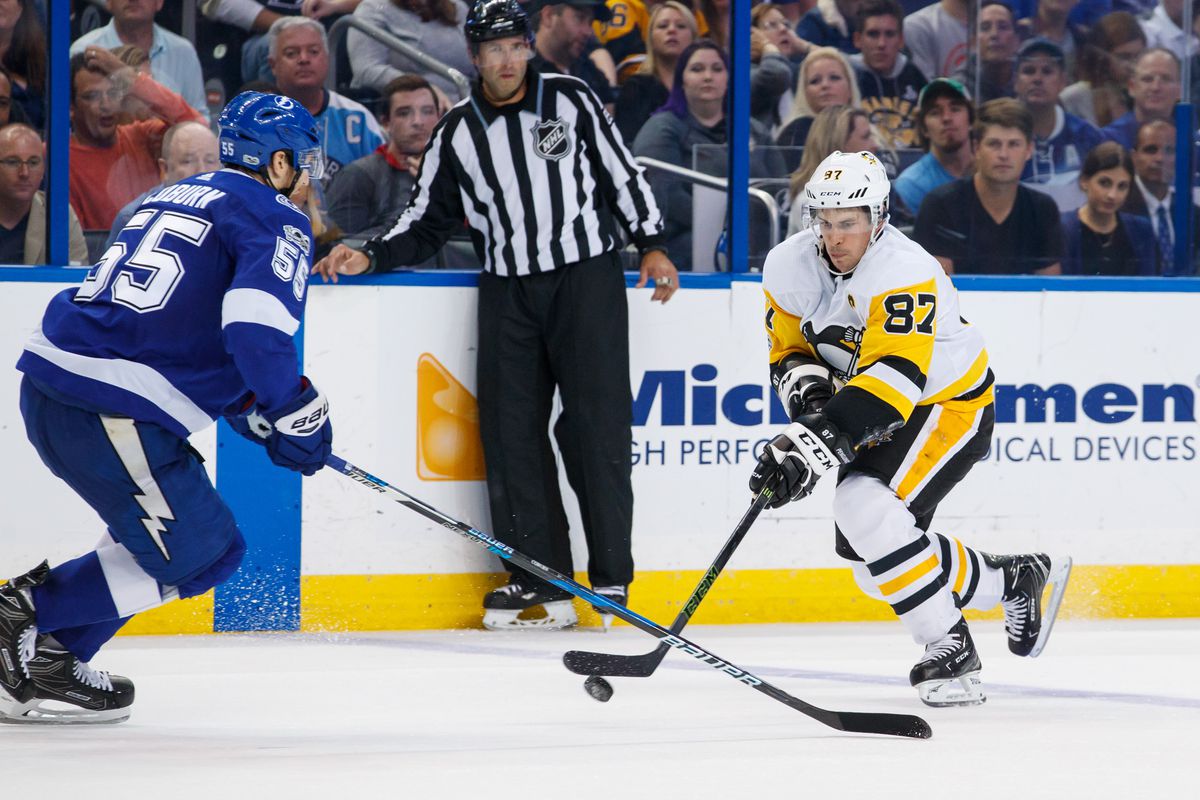 This is the marque matchup of the night as the Pittsburg Penguins travel to Tampa Bay to play the Lightning, both teams have 71 points and are in second place in their respective divisions.

These high powered teams face off in their second meeting of the year, the first one saw the Lighting win over the Penguins with a final score of 3-2.

The Penguins are coming off a statement win against the first place Capitals. The Penguins were able to get off to a hot start with 3-1 lead and managed to hold off a 3rd period rush by the Capitals with the final score of 4-2.

Crosbys return has been welcomed by the club as he has recorded 12 points in his just seven games back. Crosby had missed 28 games due to an ankle injury suffered in late November but despite their captain missing the Penguins have been able to stay in contention by well rounded team play.

With momentum starting the second half of the season the Penguins look to get the better of the lightning, who match them step for step.

The Steven Stamkos led Lighting are once again a league powerhouse and look to redeem themselves after one of the more shocking upsets in recent NHL playoff history when they were swept by the heavy underdog Columbus Blue Jackets.

They currently hold the best odds to lift the cup(10.8%) and have the lineup to see that through.

The future hall of fame captain (Stamkos) has a supporting cast consisting of Nikita Kucherov, Kevin Shattenkirk and goalie Andrei Vasilevski, to name a few. With five players on pace to surpass 50 point seasons the Lightning have everything they need to make another run at the cup, they couldn’t possibly disappoint such a passionate fanbase two years in a row…. right?

While I believe the Lightning will have a better outcome at the end of the season, the value for the Penguins here is too much to pass up. On neutral ice the Penguins would most likely be favored and while being at home plays a roll, its impact has never been less.

I believe the penguins continue to click and surpass the Lightning in a high scoring affair.

I would also lean heavily towards the over in this one if a total play is more what you’re looking for.

If you’re looking for more NHL picks like this Pittsburg Penguins vs. Tampa Bay Lightning matchup we’ll be providing 4* free NHL predictions on the blog during the entire 2019 NHL season, and check out our Experts for guaranteed premium & free NHL Hockey picks!