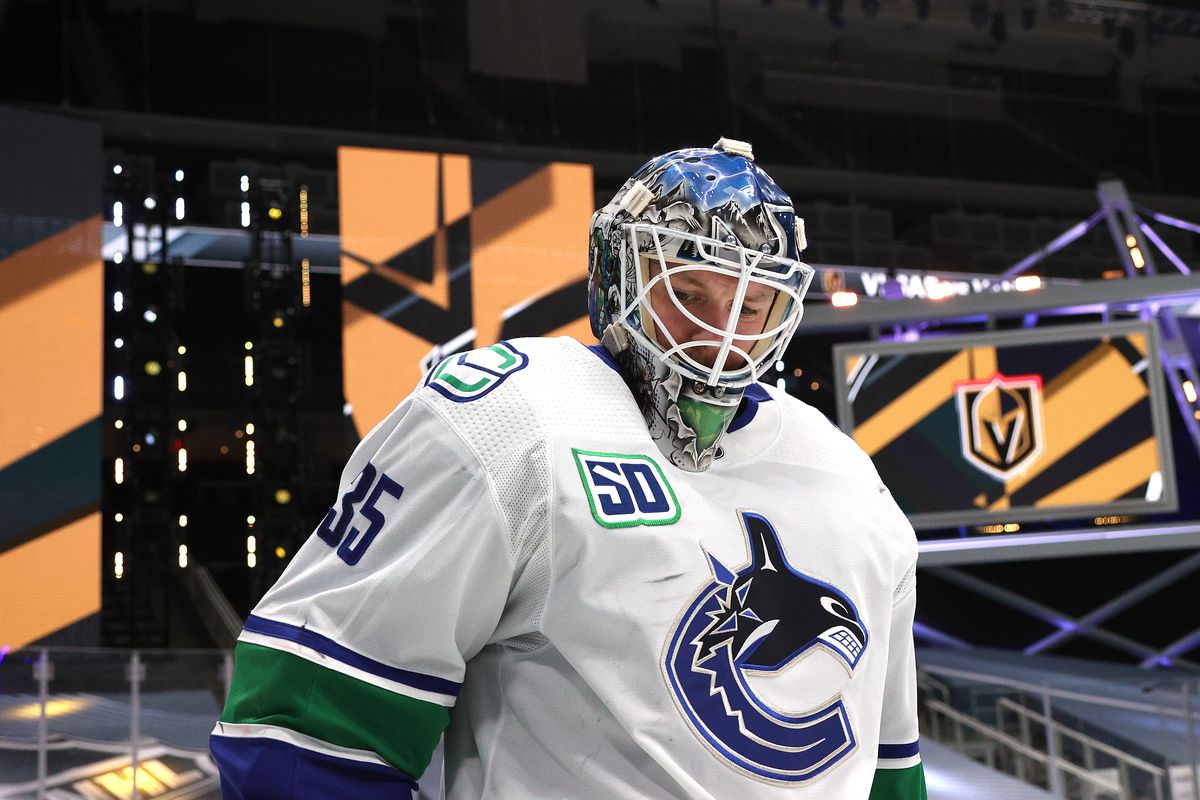 This match up is definitely a contrast of starts to the season, we have the Rangers who have been very good this season off to one of the best starts in recent history, while Vancouver has struggled this season sitting near the bottom of the league.

The Rangers will be playing their 7th road game of the early season they have been on fire on the road this season sitting at 5-1 with the lone loss coming against the talented Calgary Flames team.

New York will be playing there second game of the current road trip, they won the opener of the trip in Seattle defeating the Kraken 3-1. The Rangers were heavily outshot vs the Kraken but they got a very good goalie performance from Igor Shesterkin who turned away 31 of 32 shots he faced.

Shesterkin has been a big reason why the Rangers have been as good as they’ve been to start the year. He is 5-1-1 in 7 starts has a shutout and a very good .947 save percentage and a 1.70 Goals against average.

The Rangers have relyed on good defending and goaltending as they have struggled this season to score. New York is one of the best teams in the NHL this season but the offence has been well below average. They rank 24th in goals 22nd in Power Play Percentage and deal last in the league in Shots on goal per game.

Luckily for the Rangers the Canucks have struggled even more to score this season, the Rangers will definitely be looking to keep this game low scoring and hope for another good performance from Shesterkin.

I mentioned above that the Canucks haven’t been playing well and struggling to score, they are ranked 27th in league scoring but they are averaging 32 shots per game which is well above average, will their puck luck change soon?

Vancouver will be coming into this game on a 3 game losing streak where they haven’t scored more than 2 goals in a game, losing their most recent tilt 2-1 vs Edmonton. The worst part about all 3 of those loses have come at what is supposed to be the friendly confines of Rogers Arena.

The Canucks have been much improved this season defensively, they really struggled to keep the puck out of the net last year giving up almost 3 goals a game last season and being ranked near the bottom of the league, this year they are only conceding 2.6 goals per game good enough for 10th in the league.

A big part of the Canucks turn around defensively this season is the good play of Thatcher Demko, his record isn’t great but he is rocking a .924 Save Percentage and a very strong 2.55 Goals Against.

If the Canucks want to win this game they will need Demko to be at his best for sure!

Both teams have struggled to score this season, I can’t see that changing tonight, I also think the Rangers have excellent value here on the moneyline.

I think the Under is the best play on Tuesday night!

If you’re looking for more NHL picks like this New York Rangers vs. Vancouver Canucks matchup, we’ll be providing 4* free NHL predictions on the blog during the entire 2021 NHL season, and check out our Experts for guaranteed premium & free NHL Hockey picks!

Austin is new to Cappers Picks, and sports writing but not new to handicapping and wagering on sports, he has been betting on sports for over 5 years now. A strong knowledge of the MLB, NHL, NBA, NFL, European Soccer, MLS, MMA and others! In April 2021 he went 123-72 (63%) in his personal bets up almost 52 units! Fun fact - Austin hit 86% of his picks during the 2021 March Madness including picking Baylor in the championship game! Austin also has in depth knowledge of horse racing, he even owns thoroughbred horses at his local track in the Pacific Northwest! Check back daily for more winning free sports picks.