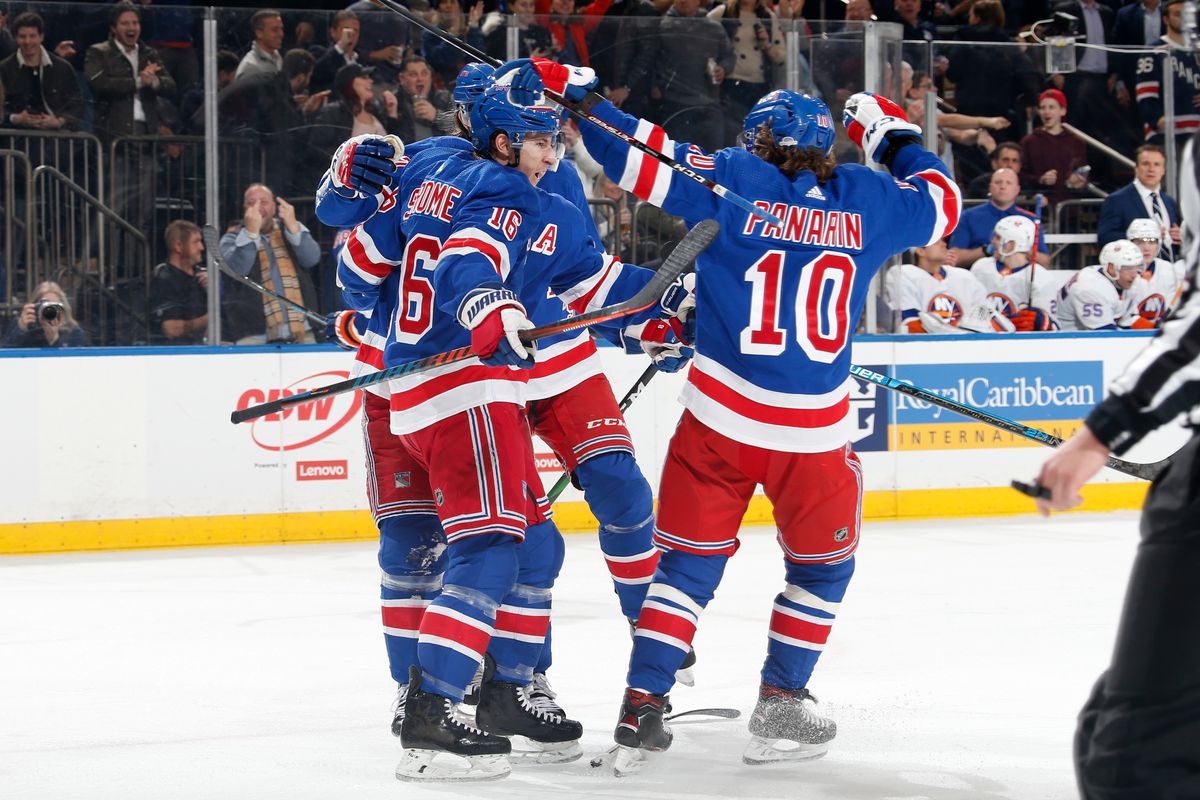 The New York Rangers travel north to Canada for an Eastern Conference matchup with The Maple Leafs. Regarding these two workhorses matchups, The Rangers have dominated Toronto in recent memory, capturing 5 of their last 6 games played.

The Rangers are off to a great start to their season, in major part due to accumulating road wins, which should benefit them greatly in making a deep playoff run.

Offensively, New York’s had trouble getting chances, only shooting 28.6 times per game. Unfortunately, this has equated to a modest 2.8 goals per matchup. Their one saving grace leading them to close wins has been their powerplay, scoring at an above average rate of 20%.

New York’s defense hasn’t been much better, noting that they rank 26th on shots, allowing a significant 3.5 goals per game.

The Ranger’s starting goaltender Igor Shesterkin is expected to be in Net in Toronto, and he is posting a 0.930 SV%, with a 8-2-2 record this year.

Toronto arguably has the best roster in the league, however they’ve yet to put it all together to make a deep playoff run. Fortunately, they’re currently off to a hot start to the new season, mainly backed by one of the hottest powerplay offenses in the league.

On the offensive glass, Toronto has the sixth ranked offense in shot totals, firing off 34.1 shots per game. However, their shooters have struggled, as they rank a horrendous 24th in the NHL in scoring.

This is a mind boggling stat, as they have the seventh best powerplay in the league, scoring a whopping 25% of the time.

Defensively, Toronto is very stout, impressively ranking top 10 in every category. First off is their defensive powerplay abilities, only getting scored on 12.5% of the time.

Also, they’re currently stopping shots at a rapid pace, only allowing 30.2 per game.

In addition, they’ve had amazing goaltending, averaging 2.5 goals against an outing. Jack Campbell will be the starting netminder for Toronto, as Peter Mrazek is down with a groin injury.

These two teams often play tight games, which lead to overtime 2 of the last 3 games, favoring New York both times.

In addition, New York has had Toronto’s number the last couple years only losing once out of 6 games, dating all the way back to 2018.

Also the underdog has won 5 out of the last 6 games between these two.

New York has beaten Toronto as a dog the last 3 times they’ve been matched up. But Toronto is still the favorite this time around, even with The Rangers posting a 6-2-2 road record this year.

We believe there’s some real value to back the road dog in the upset.  Take the New York Rangers moneyline in an expected closely contested matchup.

If you’re looking for more NHL picks like this New York Rangers vs. Toronto Maple Leafs matchup, we’ll be providing 4* free NHL predictions on the blog during the entire 2021 NHL season, and check out our Experts for guaranteed premium & free NHL Hockey picks!