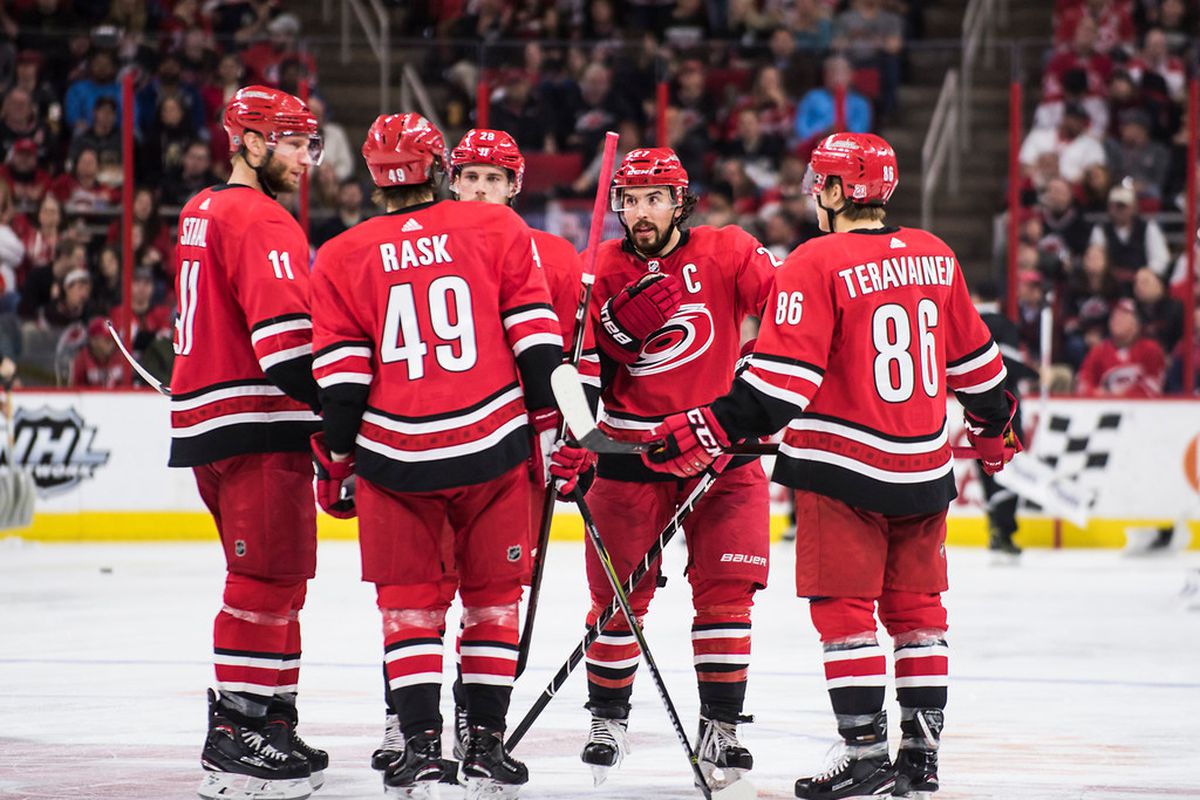 The New York Rangers face the Carolina Hurricanes in Game Five of the Second Round with the series tied at two wins apiece.

The Rangers trailed in the series 2-0 but won back-to-back games at home to even up the series.

The Hurricanes, meanwhile, have lost the last two games but have won all six of their home games in the playoffs and hope to win Game Five at home to retake the series lead.

The Rangers won Game Three and Game Four with their offense stepping up and scoring seven goals in the last two games including four goals in their recent win.

Chris Kreider, Mika Zibanejad, and Frank Vatrano have scored four goals and two assists in the series including two goals in Game Four to lead the top line but the rest of the offense has stepped up as well.

The offense has stepped up but the defense has led the way throughout the series, allowing only eight goals in the series including only two goals in the last two games.

In addition, goaltender Igor Shesterkin has been great in the net with a .925 save percentage and a 2.77 goals-against average on 399 shots and has stepped up in the Second Round, saving 117 of the 122 shots.

Sebastian Aho, Teuvo Teravainen, and Seth Jarvis have led the top line with three goals and five assists in the series but the rest of the offense has struggled.

Goaltender Antti Raanta has been great in the net with a .931 save percentage and a 2.09 goals-against average on 274 shots and has saved 102 of the 109 shots in the Second Round.

The Hurricanes have been incredible on their home ice and will look to bounce back and control this game in all three zones.

The Hurricanes’ offense should have a resurgence and pile on the goals with Sebastian Aho, Seth Jarvis, and the rest of the forward unit crashing the net on the rush and creating open shots.

The Hurricanes should win Game Five to take a 3-2 series lead and only one win away from advancing to the Eastern Conference Final.

If you’re looking for more NHL picks like this New York Rangers vs. Carolina Hurricanes matchup, we’ll be providing 4* free NHL predictions on the blog during the entire 2021 NHL season, and check out our Experts for guaranteed premium & free NHL Hockey picks!