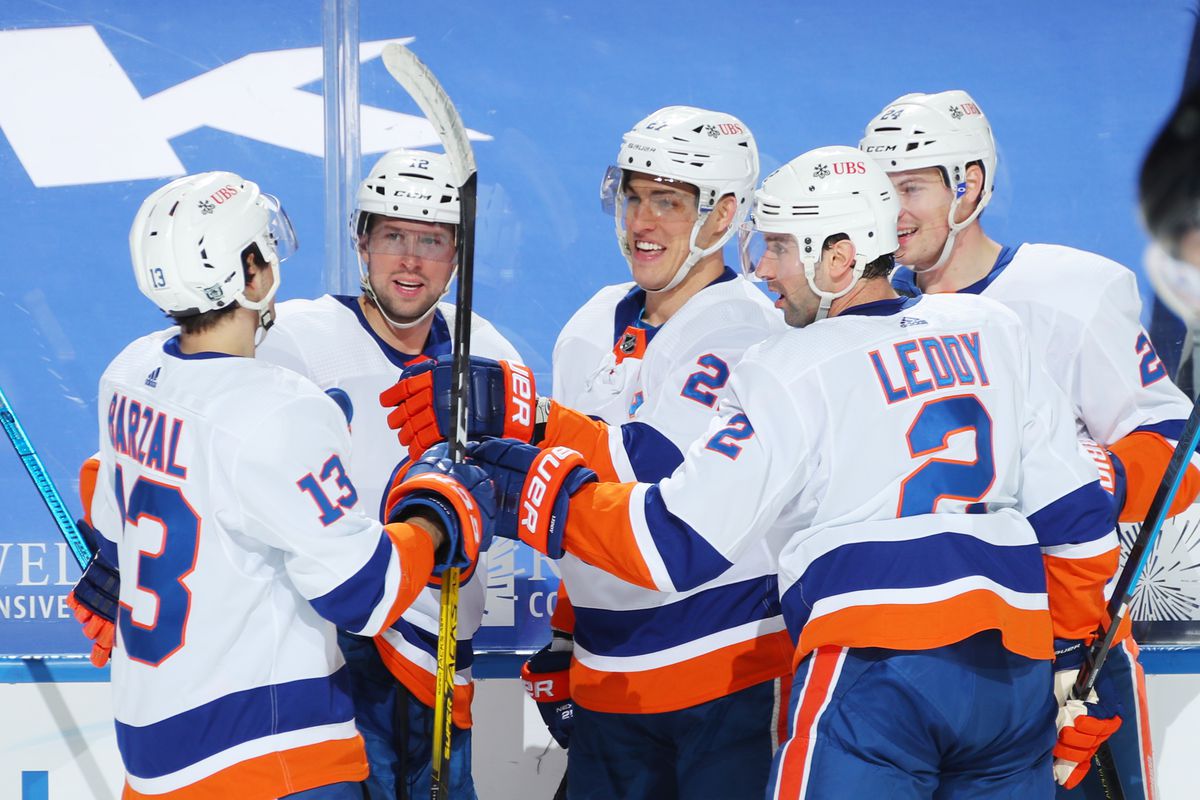 The Islanders travel north to Canada, for a clash with one of the deepest rosters in the NHL. However, Edmonton continues to struggle as they’ve only won once in their last four games.

New York’s coming off an impressive 6-3 win over The Canucks, although in their previous game, they lost 0-3 to the mediocre Kraken.

On the offensive side, The Islanders are ranked a poor 29th, on both goals and shots; by scoring just 2.5 times on 28.7 shots per game. Moreover, their powerplay unit is only capitalizing on 17.5% of chances, which in return ranks 23rd.

Defensively speaking, New York’s playing their best hockey, as they’re ranked 5th for goals and 8th on defending the powerplay. Stats wise, The Islanders are only allowing 2.6 goals per tilt, and own an elite 83.2 penalty killing percentage.

The Oilers are desperate to get things rolling, as they’re constantly falling short in close matchups, even backed by their star studded team.

Offensively speaking, Edmonton is scoring 3.2 goals on 33.4 shots per matchup; which rank 12th and 9th, respectfully. Even more impressive, their powerplay unit is capitizling 27.6% of the time, which garners a spectacular ranking of 3rd.

Defensively, The Oilers have been downright bad all season, owning below average rankings in every important category. For substance, they’re ranked 23rd for goals against, and 22nd for shots against per game.

Additionally, Edmonton’s poor penalty killing performances are counteracting their elite offensive output. As they’re ranked 24th, by getting scored on 23.3% of the time.

While both squads are very inconsistent in both winning and losing streaks, one commonality follows both teams. Which is consistent unders, as they’ve cashed 15 in their last 21 games combined.

To boot, this matchup is also currently sitting at a high goal total.

All things considered, with the unreliability on the moneyline, we’ve chosen to stick with the trends and slam the high value total.

If you’re looking for more NHL picks like this New York Islanders vs. New York Islanders matchup, we’ll be providing 4* free NHL predictions on the blog during the entire 2021 NHL season, and check out our Experts for guaranteed premium & free NHL Hockey picks!