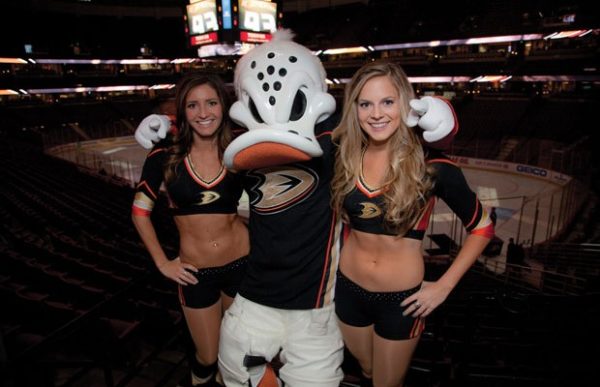 Game 1 of the series broke all the rules that mainstream thinking and stats would have led to.

What was expected to be a tight game broke open the scoring less than a minute in, and although the scoring stayed low, the tempo was much more offensive minded than the defensive game everyone expected.

Nashville now holds all the cards going into Anaheim Sunday.

A win would put the ducks on the ropes and Nashville will look to put a choke hd on this series before either team boards a plane to Tennessee.

The Preds did everything right in the opener, they came out swinging and the strategy seemed to throw off the Ducks for most of the game.

A team that has sometimes seemed to roll over and die when the pressure is on, did the exact opposite.

They played hard and maintained composure even after giving up the lead early in the second.

Rinne will be the difference maker in this series and they need another big performance from him here Sunday. If Neal and Forsberg get hot, the Preds could make a real mess of Anaheims plans.

Anderson played the final game of the season and gave his team the Pacific crown shutting our the Capitals yet coach Bruce decided to go with Gibson in game 1 and looks to be favouring him again in game 2.

This choice will be played out very badly if the ducks are to go down 2-0 in this series. Not much went well in game 1, they were caught off guard early and played with their backs against the walls.

Kessel, Getzlaf and Perry need to get it together and the power play needs to come alive.

This is only game 2 of the series, but make no mistakes, if the Ducks loose at home and have to travel 1800+ miles to Nashville to play games 3-4, this series might as well be over.

The urgency is here and now and everyone in that locker room knows it.

Anaheim did alot of things right and were caught by some bad luck in game 1 and a lucky break or bounce would have had this game in the Ducks win column.

Anaheim has a big offensive game Sunday night. They’re a smart team that learns from its mistakes, so expect them to turn the tables and come out full throttle from the first whistle to the final siren.

Nashville will be forced to play on the defensive as they don’t have the middle strength or the talent at the 2-3rd line positions to keep pace. I hate eating juice, but in the playoffs, sometimes it’s necessary to get the win.

To ease the burn I suggest taking the Ducks in regulation if tour book offers it up bringing the line to a much healthier -105 in Anahiems favour.

Miguel DaSilva has been a solid choice on the ice all season.  Always looking for REAL value, you’ll never receive a -200 huge fav as a pick. MD currently leads most sites he’s posted on as the #1 NHL Capper. 9-3 last 12 on premium plays and 5-2 on free plays. Check out his daily AWARD-WINNING sports handicapping selections and DAILY FREE Sports Picks right here at Cappers Picks.

If you’re looking for more picks like this Nashville Predators vs. Anaheim Ducks matchup we’ll be providing 4* free NHL predictions on the blog during the entire Stanley Cup Playoffs, and check out our Experts for guaranteed premium & free NHL Playoff Hockey picks!

Miguel DaSilva has been on our radar for sometime now. We've really been a fan of his WINNING NHL Picks. A newcomer to the Cappers Picks Blog, but not a newcomer to WINNING money for his clients. Part Of MD's Huge overall success is his ability to GRADE games. He believes this is KEY and only releases TOP PLAY games when he sees a great opportunity. Stay tuned to Miguel, he'll be picking FREE NHL games daily here on the blog.