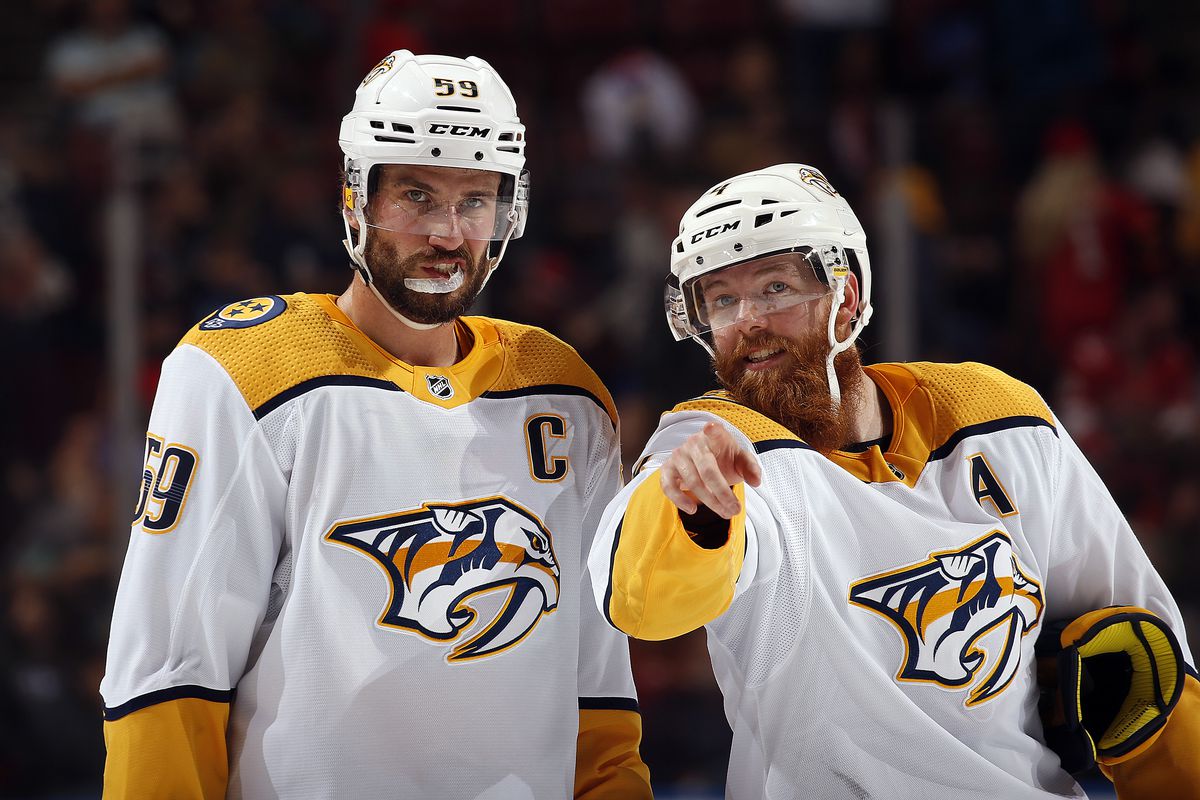 The Colorado Avalanche and Nashville Predators face off Saturday in their playoff matchup at Bridgestone Arena.

The Colorado Avalanche currently leads the series 2-0 but they weren’t as dominant in the last game.

The Avalanche have been pretty dominant this season, but there has to be a bit of concern about how they played in the last game. The offense wasn’t as dominant and it took until overtime to secure the victory.

The Avs need to get back to the strong goal scoring in this game, and they need to try and really put the Predators defense. The Avs have scored 311 goals and given up 230 goals. Colorado’s offense is ranked 2nd in the league while their defense is ranked 7th. Mikko Rantanen has been the top player for Colorado scoring 36 goals and adding 56 assists.

On the other side of this matchup is the Nashville Predators who are down 0-2, but they played a lot better in the last game. The defense only gave up two goals and that led to the 2-1 defeat. In the first game, the defense was a problem, but the consistent theme has been the offense.

Nashville has scored 262 goals while they have given up 247 goals. The offense is ranked 12th best in the league while their defense is ranked 16th. In this game it’s all going to come down to the defense.

Roman Josi has been the top player for Nashville scoring 23 goals and adding another 73 assists. There are three different players that have put up at least 80 points.

I don’t think the Predators win this game, but I expect they are going to have strong defense again in this game, and that is going to lead to this game being lower scoring. Look for a 3-1 type of game and the under is going to cash.

If you’re looking for more NHL picks like this Colorado Avalanche vs. Nashville Predators matchup, we’ll be providing 4* free NHL predictions on the blog during the entire 2021 NHL season, and check out our Experts for guaranteed premium & free NHL Hockey picks!