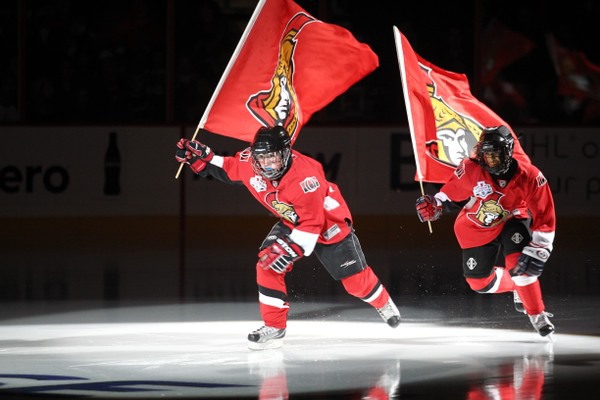 Patty Kane takes his 20 point streak into Ottawa on Thursday as the Blackhawks battle the Senators.

The Blackhawks come in looking for a bounce back performance after falling to the Wild 2-1 last time out.

The Senators are in the same boat as they fell to the Flyers 4-2 in their last contest on Tuesday.

Patrick Kane is really grabbing the attention of everyone during this stellar point streak.

Kane will try to match a franchise record with 21 straight games with a point as he comes in after scoring the only goal against the Wild in the Blackhawks loss.

The goal marked Kane’s 12th on the season and 32nd point. Kane also captured First Star of the Month honors for November.

The good news for him is that the Blackhawks get to play Ottawa. Toews scored a pair of goals in the teams meeting last season and has been notorious for finding his way onto the scoresheet when they play the Sens.

The Senators have dropped 2 in a row after their 4-2 defeat to Phili on Tuesday.

Even with their 2 game losing streak, Mike Hoffman continues to be extremely hot. Hoffman has scored a goal in 7 straight games after tallying one against the Flyers. However, he has struggled against the Blackhawks in his career as he’s been held pointless over 3 career meetings.

The bad news for the Sens has been the amount of injuries piling up. Both Milan Michalek and Mika Zibanejad are out for quite some time after exiting in the loss to the Flyers.

G Craig Anderson is expected to be between the pipes against Chicago on Thursday. Anderson brings in a career mark of 5-3-2 versus Chicago.

The Blackhawks enter this one with a much bigger head-to-head advantage. They’ve won 5 of the last 6 in this series and have really just dominated the Senators.

Look for Patrick Kane to put that point streak to 21 as the Blackhawks grab a win and put the brakes on their losing ways.