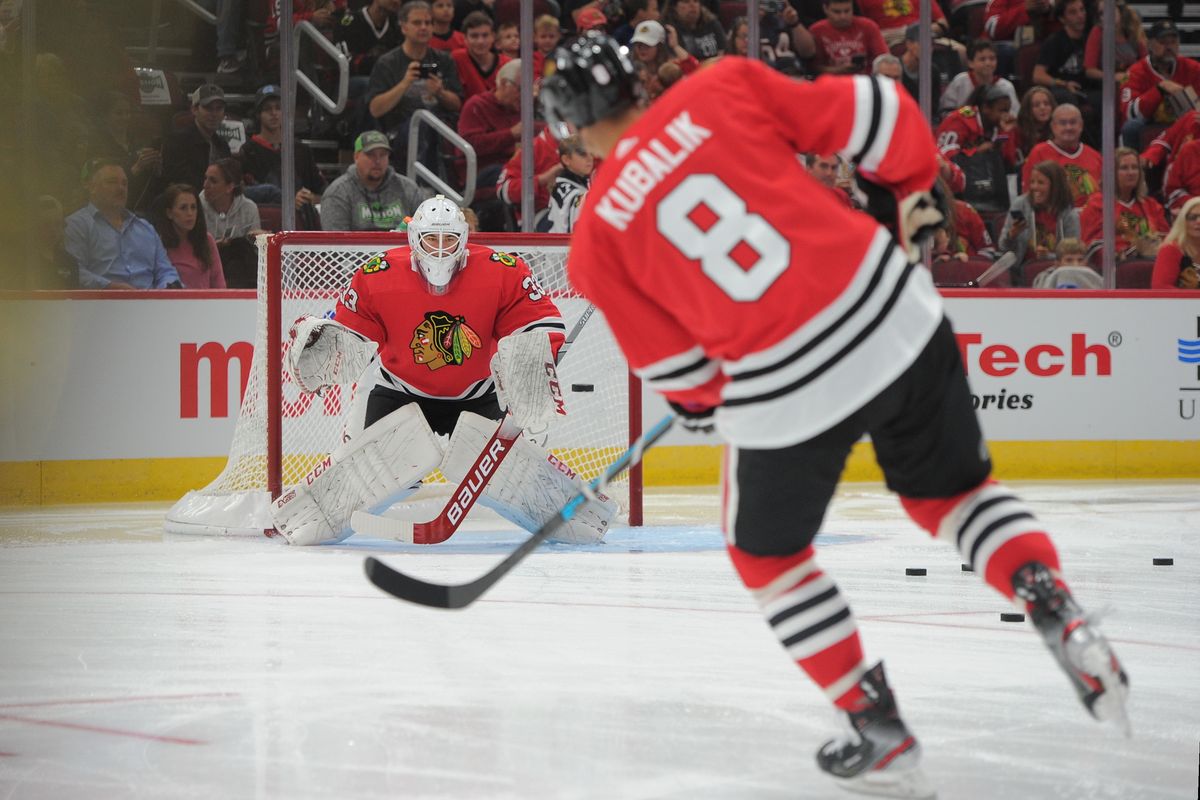 The Vancouver Canucks will look to extend their lead in a tight Pacific Division on Wednesday when they host the slumping Chicago Blackhawks, who have one win in the last six games (1-3-2). Behind three assists from rookie defenseman Quinn Hughes, Vancouver put an end to a four-game winless stretch Monday with a convincing 6-2 home victory against Nashville.

Time is running out for the Blackhawks if they hope to secure a playoff berth as a lack of success on the man advantage was again the difference during a 5-3 setback to Edmonton Tuesday.

The Blackhawks poured it on in the third period Tuesday, outshooting the Oilers 18-5, but their 28th-ranked power play (14.7 percent) failed to capitalize on three opportunities while allowing Edmonton’s top-ranked unit (29.9) to score twice on three tries.

Stat to know:  Blackhawks LW Alex DeBrincat had 41 goals a season ago, but has 13 through 56 games and hasn’t scored an even-strength marker since Dec. 27 – a span of 17 games.

Patrick Kane continues to produce despite the team’s struggles as he leads the squad with 69 points and has been held off the scoresheet just once while producing five goals and 17 assists over his last 16 games.

Left wing Dominik Kubalik leads all NHL rookies with 22 goals but has one in his last six games after the 24-year-old scored 10 during an eight-game stretch in January.

Goaltender Corey Crawford (10-14-3) is expected to get the call on the second night of a back-to-back Wednesday and is 3-1-1 with a .938 save percentage and 2.16 goals against average in his last five starts away from home.

The Canucks should be disappointed that they won’t see the Predators again this season as they swept the season series by a combined score of 17-8 and were a remarkable 10-for-13 on the man advantage in three games.

Hughes leads the rookie scoring race with 44 points and became the second defenseman in league history with four three-assist games during their first full season joining Ray Bourque in 1979-80.

Goaltender Jacob Markstrom (21-16-3) has arguably been the Canucks most important player as the 30-year-old Swede made 36 saves against the Predators and owns a .915 save percentage and 2.81 goals against average in 40 starts.

I’m going to go with the underdog here. I think the Blackhawks will be hungry in this one, and the Canucks haven’t been playing amazing as of late.

If you’re looking for more NHL picks like this Chicago Blackhawks vs. Vancouver Canucks matchup we’ll be providing 4* free NHL predictions on the blog during the entire 2019 NHL season, and check out our Experts for guaranteed premium & free NHL Hockey picks!