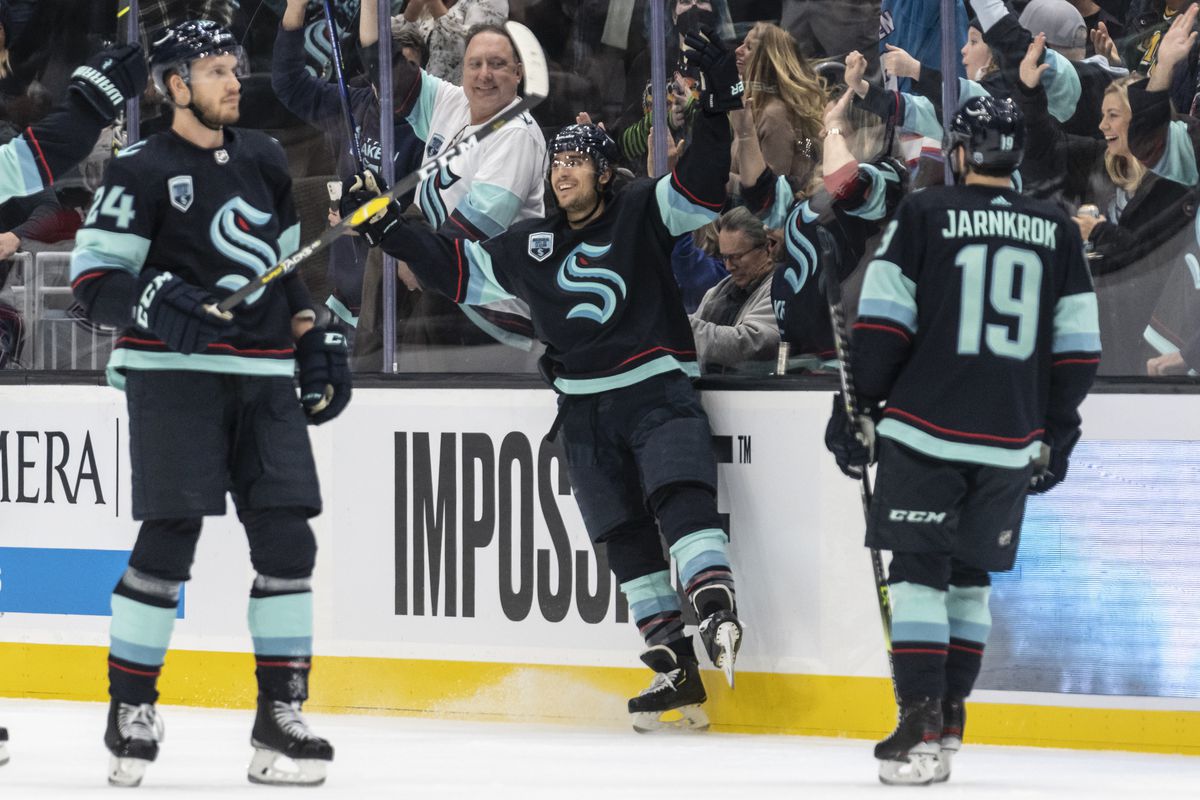 The Chicago Blackhawks enter the Climate Pledge Arena for the first time in history, carrying a three game winning streak. However, The Blackhawks still have a lot to prove after a horrendous 1-9-2 start to the season.

These 4 win teams will be looking to turn their season around in style, one being the newest team in the NHL. Fortunately for brand new Seattle Kraken fans, they carry a secret deadly weapon in the rankings.

Chicago had one of the worst starts in franchise history before claiming 3 back to back wins. Although important to add, The Blackhawks have yet to win on the road, holding a 0-3 record this season.

Offensively, Chicago is bottom 5 in the league in shots and goals. They’re currently only averaging 29.2 shots per game, which has translated to a messily 2.1 goals per game.

Impressively, The Hawks have the 3rd best PK% in the league, successfully defending 87.5% of the time. This should present a huge issue for The Kraken, as they have the 31st ranked powerplay.

Even though he has struggled, its hard to forget Chicago has one of the most successful goalies in history.

The Seattle Kraken, a team many thought would never see the day of light. But here in 2021, a new expansion has been born and Seattle finally has a hockey team to call home.

On the offensive glass, Seattle’s been disastrous in all categories. Worst off is their powerplay, ranking second to last only capitalizing 10.9% of the time.

In addition, The Kraken currently rank 28th in goals, backed by 20th in shots league wide. Equating to an embarrassing 29.1 shots and 2.8 goals per outing.

Positively, there’s something to rave about with this new expansion. Seattle currently has the number one defense in the entire NHL only allowing 26.1 shots per game.

However their goaltending has suffered tremendously, as they allow a staggering 3.7 goals per game. Seattle will need a big game out of expected goaltender Peter Grubauer as we know Marc-Andre Fleury can steal this game.

The Kraken have had all their success at home, while Chicago has yet to win a game on the road. Although, Chicago does have a superior goaltender and all streaks get snapped eventually.

In most cases, the home team makes more sense to side with in these coin flip games. However, Seattle has been very suspect offensively, and Fleury is due for a great performance.

We believe this game will be decided by the goaltenders, which significantly favors Chicago. Peter Grubauer has been horrible this season holding a 3.48 GAA and a 0.880 save percentage.

Fair to mention, Fleury has been worse statistically, carrying a 3.5 GAA and 0.897 SV%. However, The Kraken have the best shot defense in the league and still manage 3.7 goals against per game.

All in all, take the road underdog to snap their road record on the franchises first trip to Washington State.

If you’re looking for more NHL picks like this Chicago Blackhawks vs. Seattle Kraken matchup, we’ll be providing 4* free NHL predictions on the blog during the entire 2021 NHL season, and check out our Experts for guaranteed premium & free NHL Hockey picks!