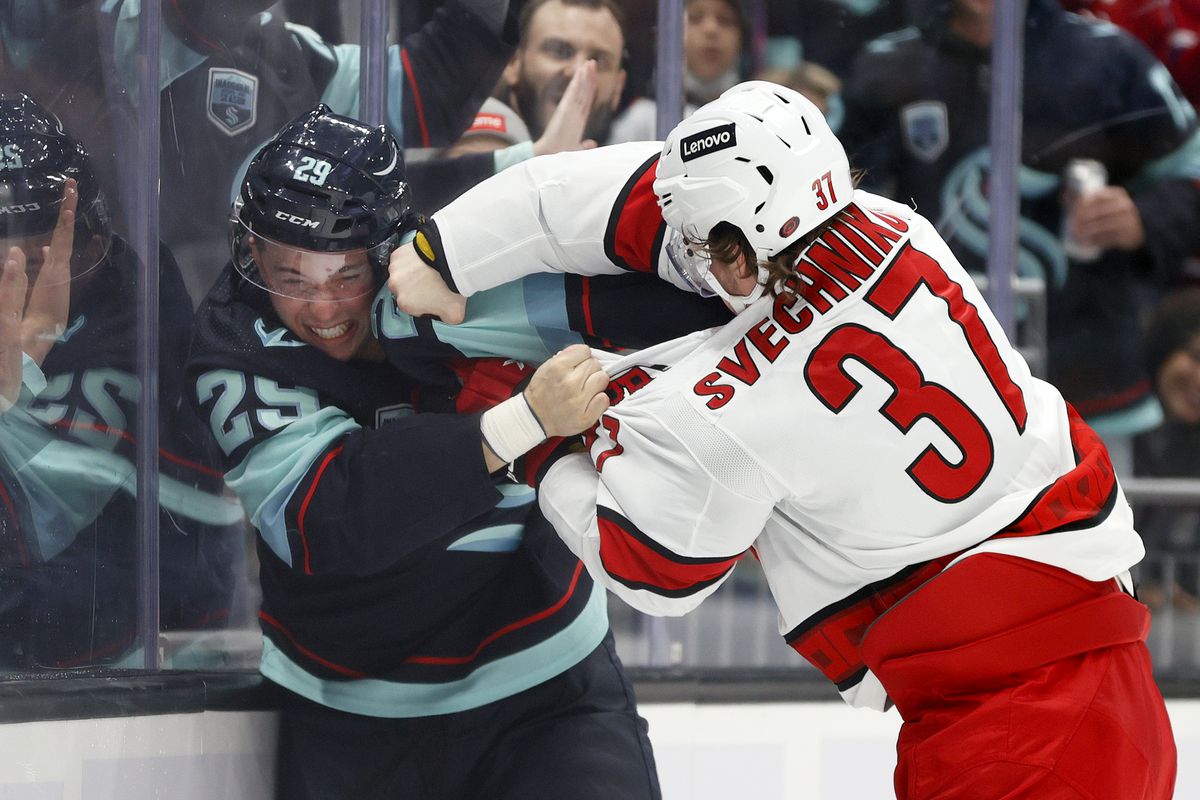 The Blackhawks travel across country to the rainy state for a conference battle with one of the weakest teams in the West. Unfortunately, the home squad is desperate to pick up a win after dropping nine contests in a row, dating back to mid December.

After a frightful beginning to 2022, Chicago bounced back by claiming their last four games, prior they were harboring a six game skid.

On the offensive side, The Blackhawks are dreadfully ranked 29th for goals and 30th for shots per matchup. To make these rankings possible, they’ve managed to score just 2.9 times on an average of 28.2 shots.

Furthermore, Chicago’s powerplay percentage is only 18.7%, earning them a paltry ranking of 20th.

Defensively, they’re allowing 3.2 goals on 31.7 shots per tilt, which in return capture the 22nd and 17th rankings in the NHL.

Also, Chicago currently carries a ranking of 26th on their penalty killing, by getting scored on a whopping 24.3% of the time.

At the beginning of the season when The Kraken were born, all players showed a ton of hope and heart. But since, they’ve slowly but surely fallen apart and haven’t won a game in over a month.

Offensively, Seattle is averaging just 27.8 shots per game, which they’re capitalizing 2.7 times on. Unfortunately, their extremely low shot/score tally’s are garnering them 24th and 31st in the league.

To boot, The Kraken’s best offensive stat is on the powerplay as they’re ranked 19th with a 19.2 PP%.

Defensively, they’re surprisingly dominant on letting shots rip, as they’ve earned 3rd for shots against per game. However, their goaltenders are getting scored on an astronomical 3.6 times per game(31st).

In addition to poor goaltending, Seattle’s ranked just 23rd on penalty killing percentage, with a 77.9 PK%.

On the visiting side, we have one of the greatest goaltenders in history, while on the flip Seattle’s ranked 31st for goals against. That being said, Chicago’s only getting off 28.2 shots per tilt, so they’ll have to make them count if they expect to win.

While the moneyline appears tempting, were siding with the total in this game. Reasons being, Chicago’s garnering a ton of momentum but Seattle’s on such a long losing streak, that it could pop anytime.

In addition, The Hawks have been inconsistent all year long, so we’ll side with Fleury keeping the goal total lower then 5.5 and following their recent road trends.

If you’re looking for more NHL picks like this Chicago Blackhawks vs. Chicago Blackhawks matchup, we’ll be providing 4* free NHL predictions on the blog during the entire 2021 NHL season, and check out our Experts for guaranteed premium & free NHL Hockey picks!