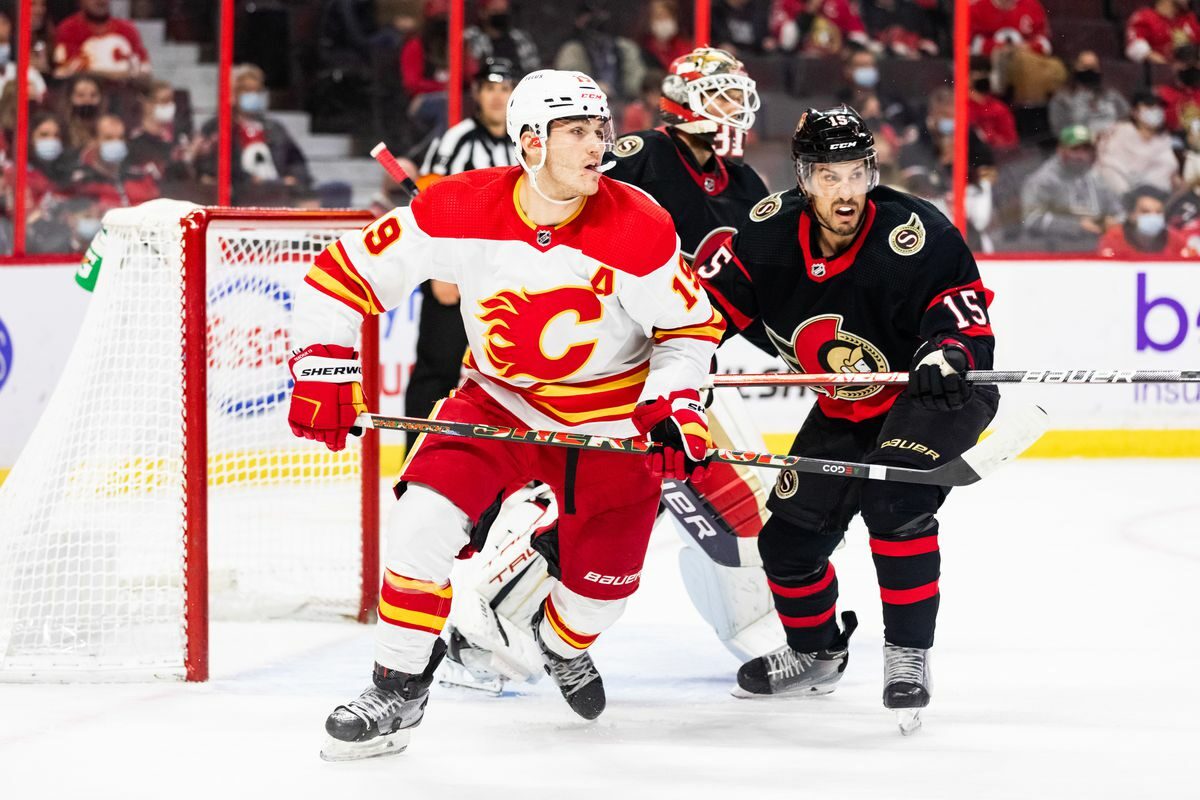 The Calgary Flames come into this road contest with an overall record of 19-12-6. Through 37 games the Flames are 4th in the Pacific Division. On the season, they have found the net 120 times, good for a rank of 18th among NHL teams.

Heading into the game, Calgary is the 3rd ranked defensive team, allowing opponents to score at an average rate of 2.54 goals per game. So far, the Flames have a strength of schedule rating of 16th in the league.

When diving into their opponent-adjusted scoring margin, they come into this game as the 7th ranked team in the NHL.

Coming into this game, the Calgary Flames leader in points is Johnny Gaudreau. In Calgary’s 37 games, he has come up with 16 goals and 32 assists. He has scored his goals on a shooting percentage of 12.5%. While on the ice, his offensive production has led to a plus-minus rating of +25.

The team’s top overall goal scorer is Andrew Mangiapane. Of his 18 goals, 33.0% have come during power play time.

Calgary’s top goalie is Jacob Markstrom who is giving up an average of 2.21 goals per game. In his 28 games played, he has turned in 15 quality starts. Giving him a quality start percentage above the league average.

The Columbus Blue Jackets get set to host the Calgary Flames with an overall record of 18-20-1. This mark places them 5th in the Metropolitan division. Through 39 games, the Blue Jackets have scored 121 goals, giving them an average of 3.03. This output gives them a rank of 16th among NHL teams.

On defense, they are the 25th ranked unit, giving up 3.54 goals per contest. So far, they have played the 19th toughest schedule in the league. And, when taking into account their scoring margin relative to the quality of their competition, they come in with a power ranking of 23rd in the NHL.

Through 39 games, the Columbus Blue Jackets’ goal and overall scoring leader is Boone Jenner with 27 points. He has reached his mark of 16 goals, on a shooting percentage of 15.0%. So far, 31.0% of his goals have come during power play time.

Behind him is Oliver Bjorkstrand who has 15 assists to go along with his 12 goals. However, when on the ice the Blue Jackets are -17 in scoring differential.

Columbus’s top goalie is Elvis Merzlikins who is giving up an average of 3.06 goals per game. In his 25 games played, he has turned in 13 quality starts. Giving him a quality start percentage above the league average.

On the other side, in Columbus’s 39 games, the over has hit in over half of their games, going 24-13-2. So far, when the Blue Jackets have played at home, they have gone over the betting total in 13 of their 20 games, including one push. On the season 67.0% of Columbus’s games have gone for at least 6 goals or more, with 47.0% of the scoring coming from the Blue Jackets.

I see this matchup being a high-scoring affair, going over the line of 6 goals.

If you’re looking for more NHL picks like this Calgary Flames vs. Columbus Blue Jackets matchup, we’ll be providing 4* free NHL predictions on the blog during the entire 2021 NHL season, and check out our Experts for guaranteed premium & free NHL Hockey picks!