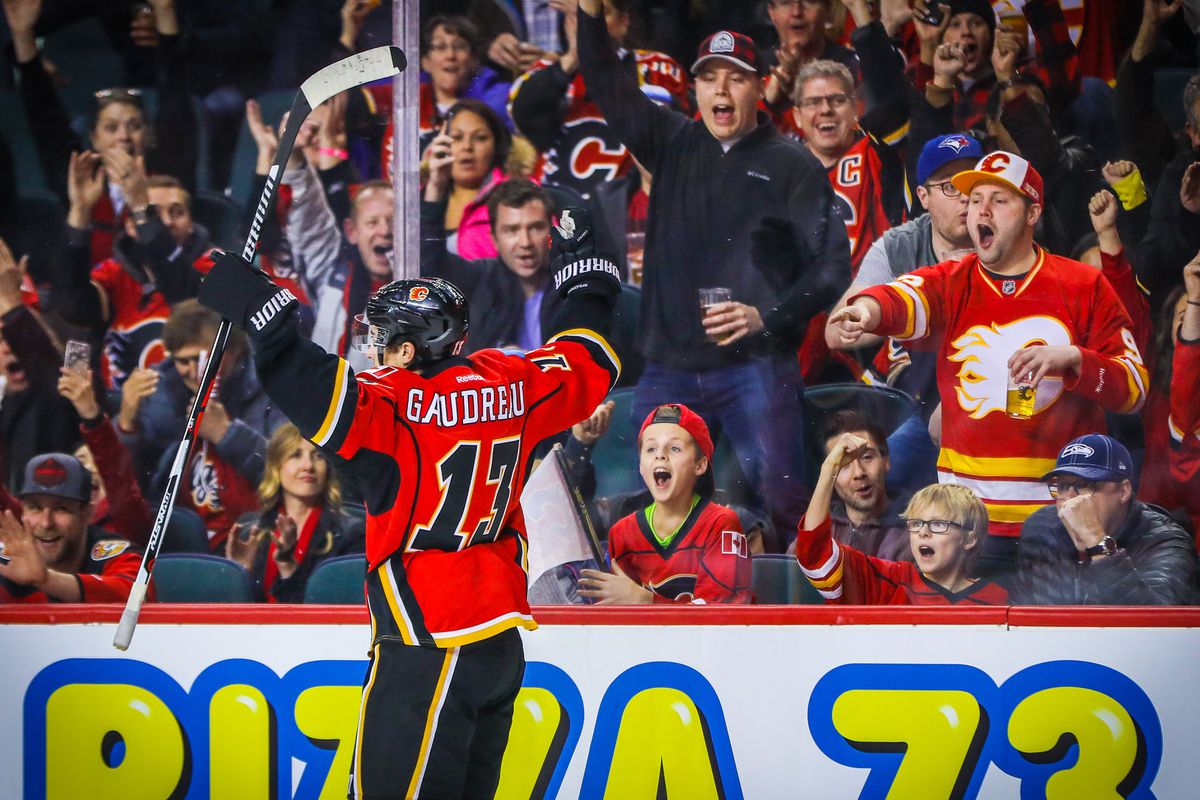 The Calgary Flames enter KeyBank Center in desperation mode after dropping 4 of their last 5 games, this came after a brilliant start to their 2021/22 season. A tough task lies await, as Buffalo has played their best hockey at home, claiming a 5-2-1 SU record.

The Flames began the season demolishing all opposition, unfortunately they hit a slump and currently need a big win. Luckily, they’ve been dominate against Buffalo over the last few years, going 2-0-1 SU.

Offensively, Calgary has all the firepower needed, averaging a staggering 34.7 shots per game. Also, their powerplay is nothing to shake your head at, as they rank 10th by capitalizing 22.4% of the time.

In addition, The Flames offensive stats correlate to an average of 3.1 goals per game, which ranks 13th in the NHL.

On the defensive board, The Flames dominate the league in many areas. As they only allow 2.1 goals per outing, which ranks number 2 in the entire league.

The defensive domination comes by way of only allowing 29.7 shots per game, and successfully defending the powerplay 87.3% of the time.

Worth mentioning, Calgary’s goaltending has been elite this season. Starter Jacob Markstrom currently has an amazing 0.938 SV%, while backup Dan Vladar isnt far behind with a 0.933 SV%.

Buffalo has struggled on both sides of the ice, however they’ve played their best hockey at KeyBank Center and is looking for a huge win over a Western Conference juggernaut.

On the offensive glass, The Sabres rank a brutal 29th for shots per game, only averaging a low 28.6. However, they’ve still managed 2.9 goals per game, as their powerplay has significantly helped by capitalizing 19% of the time.

Considering shot to goal totals, it appears Buffalo has been saved by stellar goalie play. First off is starter Craig Anderson, he has posted a 0.921 SV% and a 4-2 record while in net.

Dustin Tokarski is their backup goalie, who will be starting for Buffalo Thursday night. Impressively, he currently has a near identical SV% at 0.920. Unfortunately though, he carries a worse record at 3-3-2.

Calgary should win this game, unfortunately they’ve really struggled as of late and may need a home stand to turn it around. On the flip, is The Buffalo Sabres who have been terrible on the road, but have been surprising some of the league’s best in KeyBank Center.

Also important to stress, both of these teams have elite starting goaltenders, and depth at the position as well.

All that being said, there doesn’t appear to be a whole lot of value on the moneyline or puckline. However, the total does have a valuable play on Thursday night.

As previously noted, both teams have very good goalies, with Calgary’s backed by an elite defense. Also, The Flames game totals have went under 4 of their last 5 games.

The Flames will light up Buffalo with shots, but Tokarski should stand tall keeping their goal total low enough. Also, Calgary will defend well and not allow a ton of shots from the 29th ranked shot offense of the Buffalo Sabres.

Take the UNDER 5.5 as it carries the best possible value on this matchup.

If you’re looking for more NHL picks like this Calgary Flames vs. Buffalo Sabres matchup, we’ll be providing 4* free NHL predictions on the blog during the entire 2021 NHL season, and check out our Experts for guaranteed premium & free NHL Hockey picks!