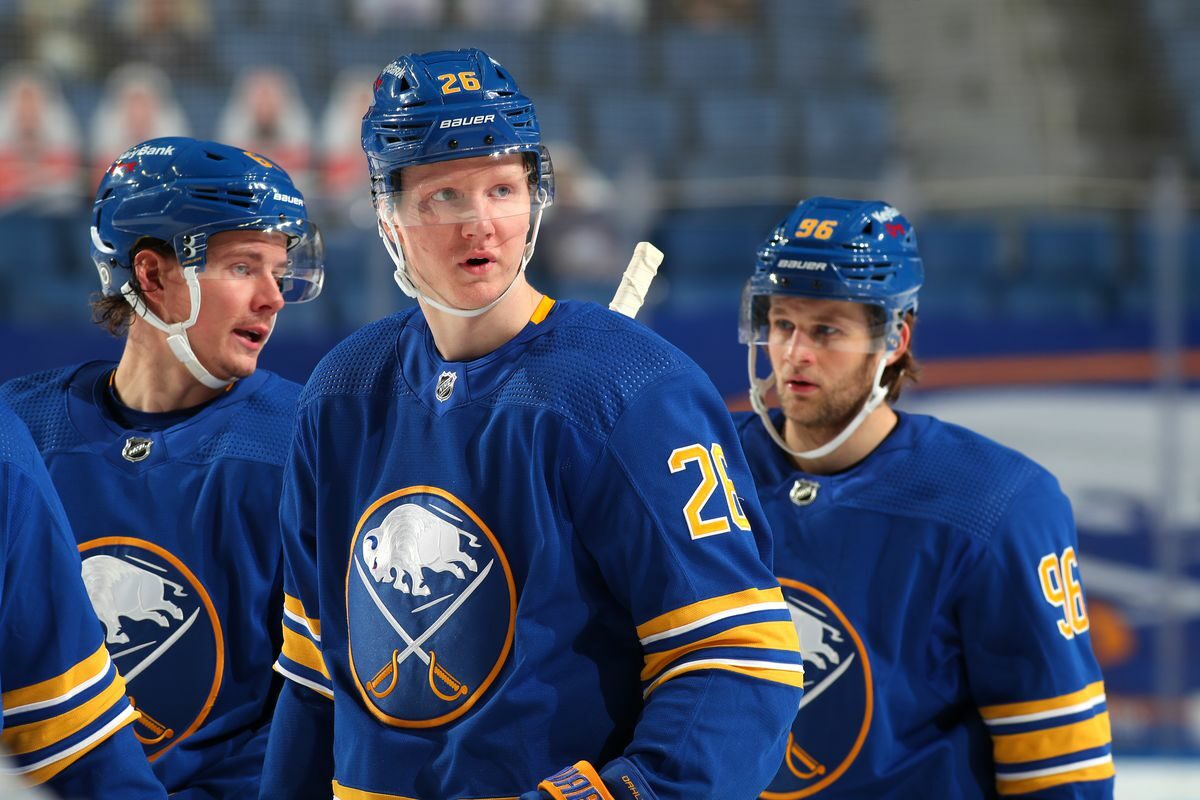 In Buffalo’s 80 games, they have an above .500 record against the spread, going 47-33 So far, the Sabres have been a good bet on the road as they have covered in 23 of their 40 road games. On the season, the Buffalo Sabres have a per game scoring differential -0.68. But, things haven’t gone any better on the road as they losing road games by an average of -0.88 goals.

Heading into their game with the Boston Bruins, the Sabres have a 4-1 record over their past five contests. In these games, they have scored 21 goals, accounting for 55% of the overall scoring. A key to this recent success is the fact that they have outscored their usual output of 2.83 goals per game 4 times.

When looking at the Buffalo Sabres’s performance during 5 on 5 time, their shooting percentage of 7.7% puts them below the league average. This lack of efficiency has been a problem for the team as they are also struggling to generate 5 on 5 scoring chances. According to advanced metrics that track the quality of a team’s shots, the Sabres have 3.09 more goals than expected.

Heading into their game with the Buffalo Sabres, the Bruins have a 4-1 record over their past five contests. In these games, they have scored 15 goals, accounting for 56% of the overall scoring. Over this stretch, the team has managed to play above .500 hockey, despite scoring more than their average of 2.66 goals per game, just 3 times.

When looking at the Boston Bruins’s performance during 5 on 5 time, their shooting percentage of 6.8% puts them below the league average. However, they have made up for this lack of efficiency by generating 5 on 5 scoring chances at an above average rate. Based on the quality of their shot attempts, advanced metrics show the Bruins should have at least 23.9 more goals on their total.

Heading into this matchup, both team’s have struggled with their goalie play. On the season, the Bruins have the 18th ranked save rate compared to Buffalo coming in at 27th. In addition, the two teams are near the bottom of the NHL, when facing high danger scoring situations from their opponent.

However, because the Bruins team defense has done a good job at limiting scoring opportunites, the ranked 8th in goals allowed. When looking further at advanced stats, their expected goals allowed figure, is best in the league.

In this matchup, look for the Bruins to pick up the home win over Buffalo.

If you’re looking for more NHL picks like this Buffalo Sabres vs. Boston Bruins matchup, we’ll be providing 4* free NHL predictions on the blog during the entire 2021-2022 NHL season, and check out our Experts for guaranteed premium & free NHL Hockey picks!