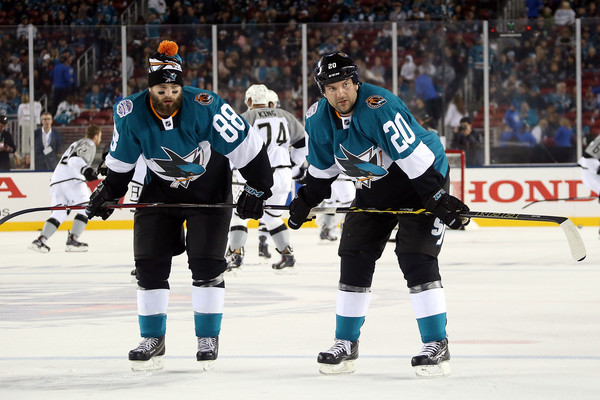 The Boston Bruins make the cross-country trip to Northern California to take on the San Jose Sharks who are in striking distance of the Pacific Division lead.

The Bruins are clicking at the right time and they find themselves in a favorable spot in this game. Boston possesses one of the best road records in the NHL with a 23-7-3 mark, and the Bruins have also fared well against the Western Conference on the road.

Patrice Bergeron leads the team with 61 points and his 28 goals are 10th in the NHL.

With the Florida Panthers on their tail, the Bruins are doing their best to hold the top spot in the Atlantic Division. Boston is 7-1-2 in its last 10 games and has won its last four games away from home. The Bruins are also 5-1 in their last six games against the Western Conference.

The Sharks are 6-3-1 in their last 10 games and are doing their best to hang with the L.A. Kings and Anaheim Ducks in the Pacific Division.

San Jose is fresh off an impressive 5-2 home victory over the mighty Washington Capitals and hopes to ride that momentum to another victory over a quality Eastern Conference opponent.

Led by Joe Pavelski and Joe Thornton, the Sharks are 4th in goals and 5th on the power play.

Despite a quality season from goaltender Martin Jones in his first year as a starter, the Sharks are middle of the road in defense and possess an awful penalty kill.

The Sharks and Bruins share a similar blueprint in that both teams are great on the road but terrible at home. San Jose is just 13-15-3 inside SAP Center and need this win in order to keep the pressure on the Kings and Ducks.

Both teams are playing great hockey at the moment, but the Bruins have been absolutely dominant on the road this year. I see them leaving the Shark Tank with two important points.

Boston will pick up its 25th road victory of the season.

If you’re looking for more picks like this Boston Bruins vs. San Jose Sharks matchup we’ll be providing 4* free NHL predictions on the blog all season long, and check out our Experts for guaranteed premium & free NHL Hockey picks!