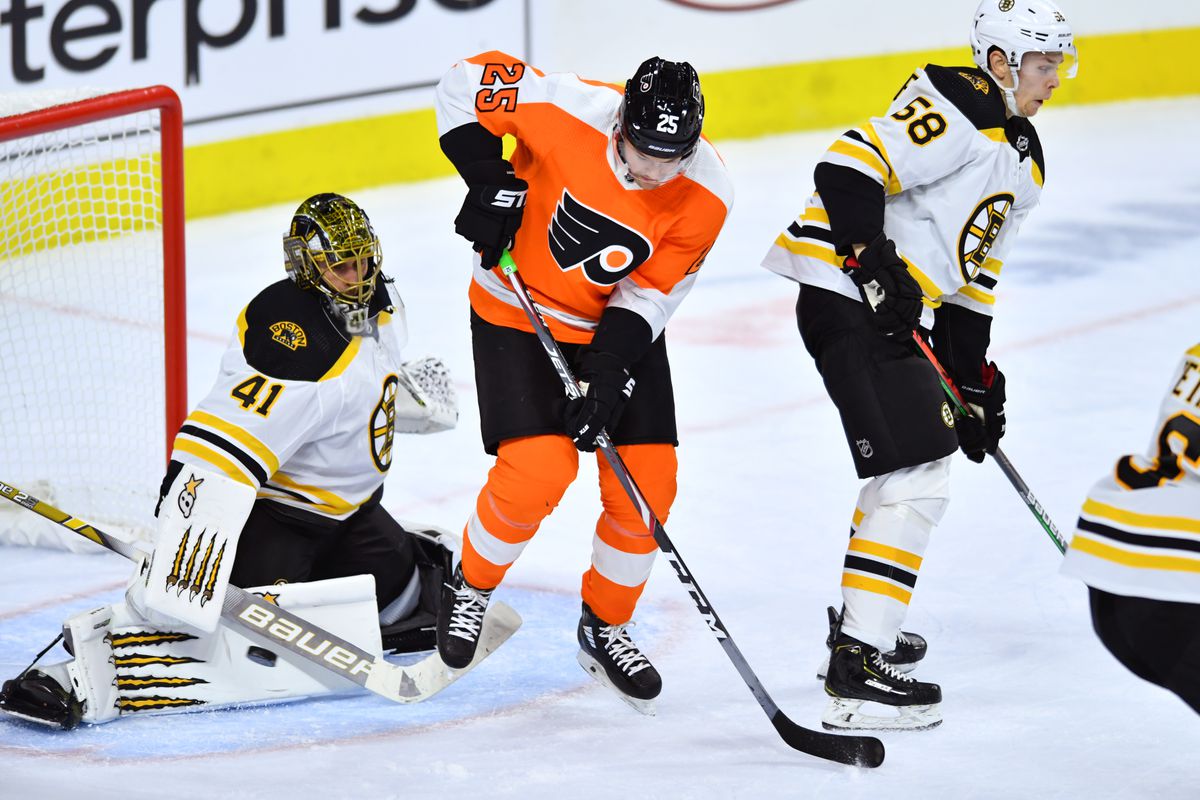 It was a tale of two games for Carter Hart and the Flyers. In game 1, they were down early and had to storm back in the last 2 minutes to bring it to OT.

In Game 2, they were up 2-0 after 12 minutes and didn’t look back. Seattle was shell-shocked.

Boston beat the Stars 3-1 in their first game. Teams tend to come out firing in game 2 so keep an eye out for that.

CLICK HERE TO PURCHASE OUR TOP CAPPERS NHL PICKS FOR THIS WEEK!

The Bruins have a little more rest than the Flyers considering it’s just the second game for Boston compared to 3 for the Flyers.

Swayman got the start, and he was pretty good with a 94% save percentage and 100% high danger save percentage. Boston didn’t look like their usual dominant self, but it was just their first game.

After that first game, the Bruins generated 55% of the scoring chances and 52% of the expected goals. That shows me they can play but aren’t as good as they usually are yet.

Swayman was good last year in his limited starts, and the Bruins needed it. They had some goalie issues which led to them knowing where they stand with some young talent.

I expect the Bruins to be a better team in this game than they were in the last one, even if they’re on the road now. They get to face Martin Jones instead of Carter Hart which is a huge advantage.

Philadelphia was in a good spot last game. They played a tired Seattle team on a long road trip on the 1st leg of a back-to-back.

I will give the Flyers credit for that win, but I won’t start saying they’re a good team unless they win this one AND play well. The Ducks beat the Flames the other night but they didn’t play well at all, so it happens sometimes.

The Flyers will be starting Martin Jones for the first time this season. He was on the Sharks last season and was not good for a long time, so I’m surprised Philly wanted to take him.

The Bruins have a big goalie advantage in this one now. Philadelphia has 52% of both the scoring chances and expected goals in their two games so far, but it was against the Canucks and Kraken, both in Philly.

I think the Flyers get slammed back down to Earth tonight. They weren’t really too deserving of winning by that much last game, even though they were deserving of the win.

The Bruins are well rested visiting favorite which has been winning at a 64% rate since 2006. That’s a big stat.

Short favorites playing their second game win at above a 60% rate, and we’re getting a good price with the Flyers with their backup goalie.

If you’re looking for more NHL picks like this Boston Bruins vs. Philadelphia Flyers matchup we’ll be providing 4* free NHL predictions on the blog all season long, and check out our Experts for guaranteed premium & free NHL Hockey picks!