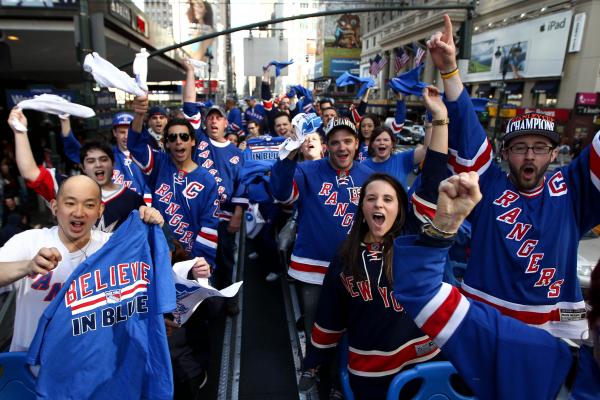 The Bruins have an opportunity to inch even closer to the Florida Panthers and Tampa Bay Lightning in the Atlantic Division, but they’ll have to get through the New York Rangers first.

Boston has been skiddish lately by leaving several points on the table. The Bruins struggled on their West Coast road trip and left the state of California with just one point to show for it.

Despite their recent struggles, the Bruins still have an excellent record away from home. Boston is 23-10-3 on the road this year, but winning in Madison Square Garden is no easy task.

The Bruins have victories in their last four road games against Eastern Conference adversaries and have averaged 3 goals per game over that span.

The Rangers picked up a much-needed home win against the Florida Panthers on Monday night to re-take sole possession of 2nd place in the Metropolitan Division.

Like the Bruins, the Rangers left points on the table during their West Coast road trip, but they answered the call by defeating a quality Panthers team at home, 4-2.

At 24-8-3, New York owns one of the best home records in the NHL. Before beating the Panthers on Monday, the Rangers had allowed 11 goals over their previous two home games.

Henrik Lundqvist rebounded nicely by stopping 25 of 27 shots against Florida.

The Rangers also found a solution to their struggling offense by netting four goals Monday night, including an empty-netter in the win. On the season, New York’s 2.78 goals per game ranks 7th in the NHL.

The Rangers need to keep that going against a Boston team that’s played extremely well on the road this year.

It’s always fun when an Original Six matchup takes place, and this one will be no exception.

Despite their recent road struggles, the Bruins have never lost four in a row on the road this year.

And while the Rangers picked up an important win against the Panthers, Boston will have an extra day of rest and I think the Bruins will be much more prepared for this game.

It’s tough to bet against the Rangers at home, but the Bruins have proven to be one of the most effective road teams in the NHL. They’ve yet to lose four in a row on the road and I’m hoping to ride that streak to a Boston victory.

If you’re looking for more picks like this Boston Bruins vs. New York Rangers matchup we’ll be providing 4* free NHL predictions on the blog all season long, and check out our Experts for guaranteed premium & free NHL Hockey picks!