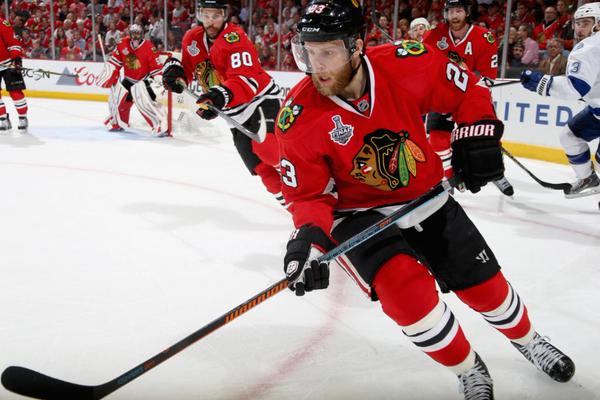 The Arizona Coyotes go to the Windy City, to take on the Blackhawks at the United Centre this Sunday. Normally the Coyotes would be considered underdogs, but how things have changed in the Western Conference.

Although the Coyotes are coming off of a loss to the Pittsburgh Penguins, they have continued to impress this season, playing far above what was expected of them, and looking like a true playoff team.

That said, Chicago is a tough home team, and while they’ve struggled this season, they are far from dead.
[dfads params=’groups=234&limit=1&return_javascript=1′]

The Arizona Coyotes head into this game with a record of 17 wins and 10 losses, which  is good for second place in the Pacific Division.

The Coyotes are currently sitting one point behind the first-place Edmonton Oilers, and they entered the weekend tied in the Western Conference for most wins away on the road.

With that in mind, they look to wrap up a four-game road trip at Chicago with a win and possible first place in the Pacific Division.

The Coyotes have one of the best goaltenders in the entire NHL in Darcy Kuemper, and that has held them in for the win on more than a few occasions this season.

Their offense is just middle of the road, having earned a total of 81 goals so far this season, which ranks them 10th in the West and 21st in the NHL.

Although the Blackhawks have struggled a bit this season, they are on a two-game winning streak, having defeated The New Jersey Devils in their last game.

That was hardly an impressive win though. Chicago played the game close, ending regular time in a 1-1 tie. However, they went on to win in a 3-2 shootout, giving them win, that, let’s face it, they desperately needed.

Chicago is still a potent team and solid on all fronts, but they can’t seem to gel this season. Especially the offense, which needs to step up, and find more scoring from second and third lines.

No doubt, this game is interesting. The Coyotes appear to be the stronger team, but Chicago now on a two game winning streak may finally be clicking as a team, and make it three straight.

But there is Arizona’s terrific goaltending to contend with, and with Chicago’s limited ability to score goals these days you have to wonder, can they really pull off a win for the home crowd?

Early had the Coyotes as slight favourites, but most oddsmakers now have the game as a coin toss.

That seems unduly optimistic for Chicago. Take the Coyotes and the under.

If you’re looking for more NHL picks like this Arizona Coyotes vs. Chicago Blackhawks matchup we’ll be providing 4* free NHL predictions on the blog during the entire 2019 NHL season, and check out our Experts for guaranteed premium & free NHL Hockey picks!

Ready to deliver daily free sports picks to the readers at CappersPicks.com Maxwell grew up around the stable at Hastings Park in Vancouver, B.C and learned handicapping from his Dad and older brother. Coming from a family that both participated in and gambled on a variety of sports he learned the in and outs, the probabilities and complexities of many of them. A journalist by profession he brings concise information, from well researched sources, presented in an easily digestible format to the reader. Combined with a passion for sports, he delivers invaluable knowledge to amateur and professional handicappers alike. Stay tuned for more free sports predictions!