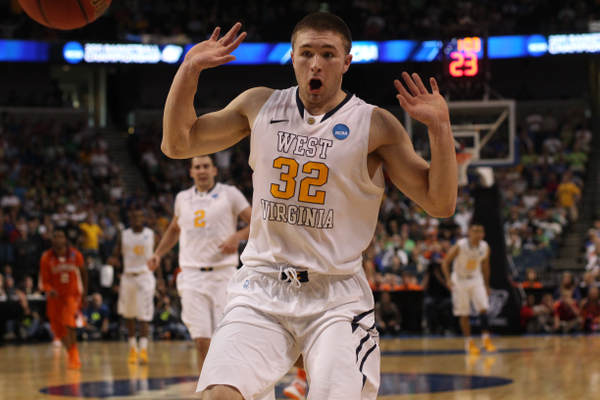 The Mountaineers were one of the more surprises in the Big 12 and will look to get themselves going here in the tourney against a poised cinderella story in Stephen F. Austin.

Meanwhile, the Lumberjacks haven’t felt defeat in 20 straight games as they continue to be red hot both offensively and defensively.

The Lumberjacks may not have the best schedule in the NCAA, but they are certainly the hottest team coming into tournament play.

Stephen F. Austin has rattled off 20 straight wins and that comes from a team that doesn’t rely heavily on just one guy. While they do look to senior guard Thomas Walkup to be the leader, everyone on this team has contributed.

Walkup though may be one of the best guards in the nation as he averages 17.5 points per game to go along with 7 rebounds and nearly 5 assists per game. This guy does a little bit of everything and will certainly need to step up if the Lumberjacks get into trouble or down the stretch.

Two years ago in the NCAA Tournament, the Lumberjacks came in as a 12 seed and upset the number 5 seed VCU Rams.

West Virginia knew the Big 12 was going to be stacked this season, but they really never backed down and finished the off the season in a n impressive style.

In the Big 12 tourney they managed to take down Oklahoma and Buddy Hield and then nearly upset Kansas as they held a halftime lead, but couldn’t hold onto it.

While this team can score with no problem, their defense has been even more spectacular. Guard Jaysean Paige leads the high pressure on the defensive end as he forces a majority of the turnovers that has put the Mountaineers atop the nation in terms of forcing turnovers.

The key will be not getting to happy with the 3 point shot and settling. The Mountaineers were among the worst in the nation at shooting the 3 ball. They especially started settling in the 2nd half of the loss to Kansas, which was their ultimate doom.

West Virginia is at their best when they attack the bucket.

Stephen F. Austin has the quality of a team that can pull this kind of upset, but the Mountaineers are just too strong here.

West Virginia will put the pressure on all night long and really force the turnovers as they eventually pull away here.

The Mountaineers use that pressured D to force a lot of turnovers and get themselves transition buckets en route to a lopsided win.

If you’re looking for more picks like this Stephen F. Austin Lumberjacks vs. West Virginia Mountaineers matchup we’ll be providing 4* free college basketball predictions on the blog all season long, and check out our Experts for guaranteed premium & free NCAAB Hoops picks!

The head honcho at Cappers Picks. Not the gambling degenerate he once was (Damn Kids get in the way of a good habit) but still loves to lay a Benjamin Franklin on an awesome matchup here n there! Q reviews all the sportsbooks at CP as well as keeps the cappers in line on a day to day basis. Connect with him today!