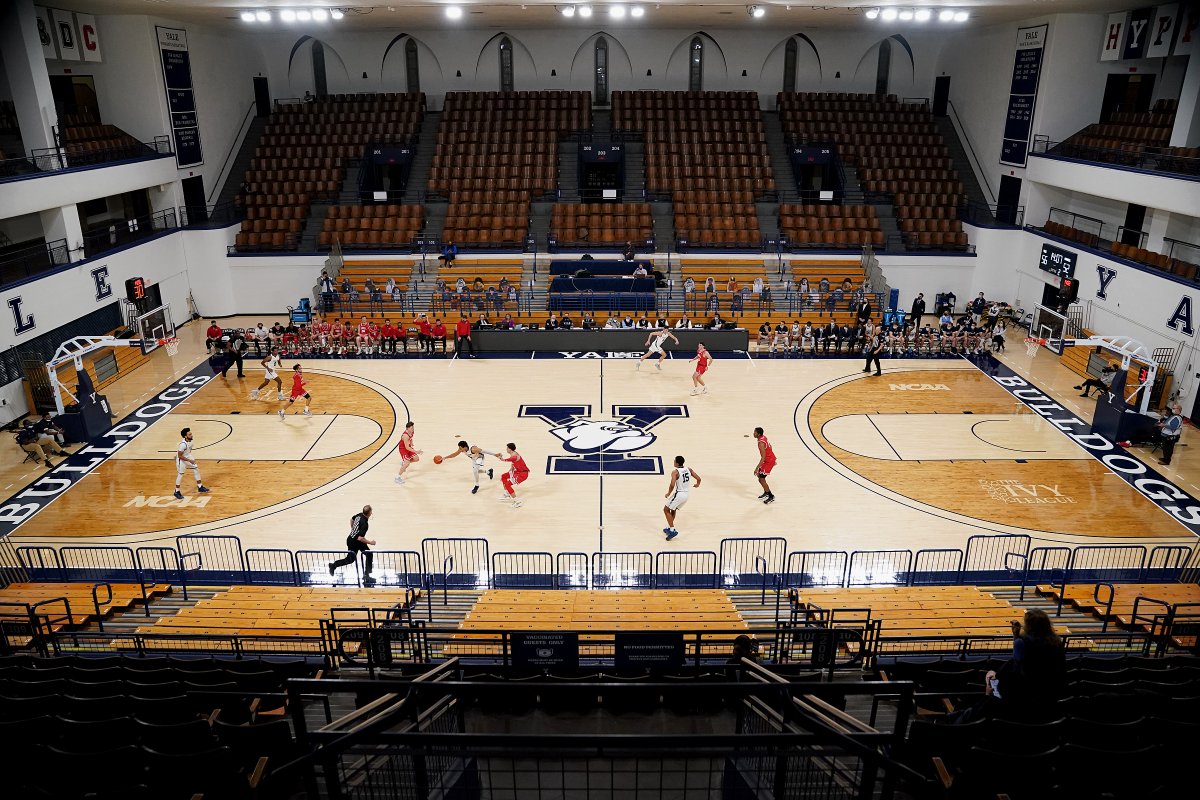 How often do we get to feature an 11 – 12 program that is challenging for the top spot in their upcoming conference tournament? I know, right!

The Quakers may be dealing with a campaign that isn’t full of success but Ivy League play has turned the season around having won 8 of their 10 conference outings. Yale and Penn are the top-2 teams in the Ivy League standings and the Quakers have already taken the first meeting that is responsible for the only Yale loss in Ivy League play.

The Bulldogs are 8 – 1 trying to keep that top position for the Ivy League tournament as we’ll all gather on Harvard’s home court for the 2022 Ivy League Men’s and Women’s Tournament. No one is sleeping on the 17 – 5 Tigers either as both of these programs will get a chance against the Tigers as the regular-season unwinds. Yale will have 4 games left on their Ivy League schedule after this home tilt with the Quakers while Penn will only have a trio of games to play before the conference tourney on the Lavietes Pavilion court.

The Quakers have taken the first game against Yale and they’ll be looking for the season sweep after the victory on their home court over the Bulldogs, 76 – 68. Jordan Dingle went off for 31 points to carry the Quakers to the win and he is still one of the 21 players around the landscape of college hoops who averages over 20 points a contest. Dingle is the clear leader of this team and his influence down the stretch will be pivotal for the Quakers if they want to steal the top-seed from Yale and hold off Princeton as well.

The Quakers will play Brown and Dartmouth to complete a 3-game road trip before coming home to finish the season against Princeton and Penn should be favored in all 3 of those games especially if they upset Yale in this outing.

The line setters are expecting a close game but a Yale win nonetheless, so Penn will need their secondary players like Max Martz and Clark Slajchert. The pair is averaging exactly 10 PPG and Martz is just a sophomore who plays a little bigger than his 6 – 6 size would lead you to believe. Martz snags 5 boards a game and he can certainly take that number up over these final 4 games knowing the importance of limiting second-chance opportunities.

The Quakers know a thing about the Harvard home court as they took down the Crimson on that court and they just swept them last time out to increase their win streak to 5 games. Penn averages 72 PPG which ranks them 160th in the nation but they are putting up about 80 PPG over this 5-game run.

In the first meeting with Penn, Azar Swain and Jalen Gabbidon switched roles essentially as Gabbidon scored 21 points and Swain was held to 11 points in the loss. Swain is leading the Bulldogs putting up just over 19 PPG and Gabbidon is the guy who brings in 11 PPG.

The two of them are the only Yale players averaging double-digits this year but this entire team saw the floor in the last game against Columbia. I think two cheerleaders and a couple of fans saw the court for Coach Jones in the 84 – 59 cruise to victory.

We could go over the 14 players who saw some minutes but this was Columbia and it was a great opportunity to just hand out minutes to anyone who put their hands up. It is not a common saying when you see that many players getting minutes this season, so it is a nice change to see. Jones will certainly give minutes to 10 players, at least, tonight but the hot hands will be the main dudes he relies on to produce points.

There are 6 different players averaging 3.5 rebounds or more and there is a certain emphasis on limiting second chances to their opposition. We all know that Yale is riding a 6-game win streak having won 8 of their last 9 games and that lone loss came against Penn. The pressure is now on Yale to not get swept to give Penn the cards to hold en route to the Ivy League Conference Tournament.

Points are our friends so make use of them when you get the chance. I see those +4.5 points as a spot to expect a close game or even an upset here so Penn goes on the board!

If you’re looking for more College basketball picks like this Penn Quakers vs. Yale Bulldogs matchup we’ll be providing 4* free college basketball predictions on the blog all season long, and check out our Experts for guaranteed premium & free NCAAB Hoops picks!