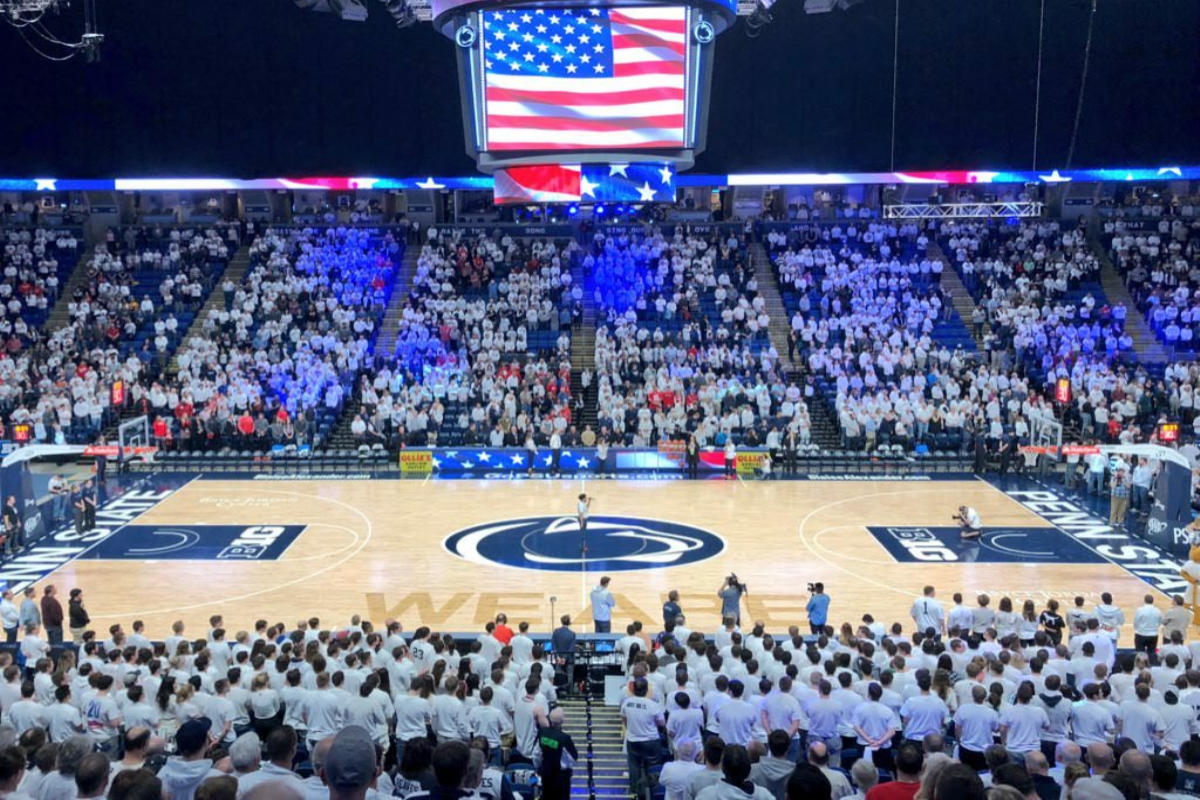 Michigan State looked dominant in a 76-61 win over Indiana on Saturday, but oddsmakers still seem to be hung up on the two losses prior making the Spartans just a -3 point favorite on Monday at Penn State.

The Nittany Lions seem like they should be getting a lot more points in this contest considering they have dropped six of their last seven. PSU does have an OT win at home over Iowa during that span which does give them some optimism, but that’s still a pretty poor stretch overall.

Michigan State had a little rough patch with two straight losses, but they were ‘quality losses’ if there are such a thing. One was at Rutgers where the Scarlet Knights are 12-2 on the season and the other was at home to an angry Wisconsin team avenging an earlier loss to the Spartans in Madison.

The good news is that Tom Izzo’s squad seems to have put those losses behind them on Saturday beating up on Indiana 76-61. Malik Hall had 18 points as the Spartans broke the 65 point barrier for just the 2nd time in the last six games.

Saturday’s 76 points is a good omen for MSU considering it came against the Big Ten’s #1 defense as Indiana allows just 63.8 ppg. Tuesday marks another tough, physical matchup though as Penn State is 3rd in the conference in points allowed (65.9).

Things aren’t going well for Penn State as they are just 4-9 in Big Ten play. That includes a stretch of six losses in the last seven games and an utter lack of confidence from oddsmakers as the Nittany Lions have been underdogs in 11 of their last 12.

This is the second meeting of the year between the Spartans and Nittany Lions, with Michigan State winning 80-64 in East Lansing to even cover the -10 point spread. That’s not a great showing for PSU’s #3 scoring defense who have now allowed 76+ in two of the last four.

The Bryce Jordan Center crowd can get raucous at times, and they’ll be amped up for a possible win over a top 20 team on Tuesday. The hoe atmosphere helped PSU to the OT upset over Iowa and helped them keep close in an eventual 58-57 loss to Michigan.

Penn State also hasn’t played a ton of games in front of their home crowd lately as five of their last seven have been on the road. The Nittany Lions have gone 7-4 at home on the year, but are just 3-3 in Big Ten play on their own court.

Penn State has lost three in a row, but two of those have come by a total of three points and against a couple good teams in Michigan and Wisconsin. It’s a microcosm of the Nittany Lions’ season, play good enough to keep games close but just not good enough to win.

The Nittany Lions are 8-3 ATS in their last 11 overall but are just 4-7 SU over that span. That being said this line is begging you to take Michigan State which feels like a trap.

The Big Ten is weird, this feels like a game that the Nittany Lions could actually win outright.