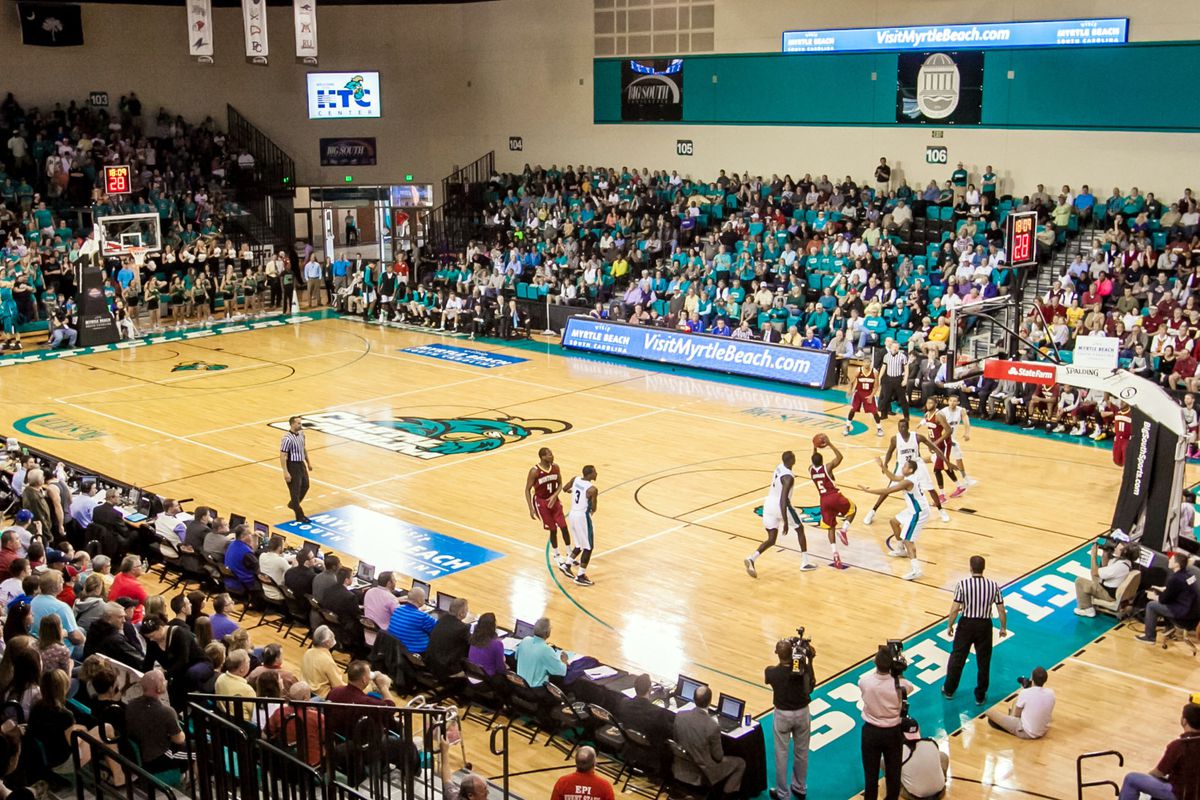 The Fresno State Bulldogs will be looking for their second post-season tournament trophy when they take on the Coastal Carolina Chanticleers in The Basketball Classic FInals on Thursday night. The Bulldogs will have to win their first and only road game in the tournament after going 3 – 0 at home to land in the inaugural TBC title game.

Fresno State won the 1983 NIT Championship as their only other post-season tournament title and they have cruised through their 3 opponents thus far.

The Chanticleers are no strangers to the post-season and that may come as a surprise to those unaware of the Coastal Carolina hoops program history. Head Coach Cliff Ellis has been manning the ship for 14 seasons and his teams have appeared in every type of post-season tournament the NCAA has held.

It may not be the NCAAs nor the NIT for that matter, but the Bulldogs are riding a confident run of home wins to end up traveling across the country for a final time this season. The trip home is obviously going to go two ways and Head Coach Justin Hutson is finally playing in the post-season. Hutson is in year-4 with the Bulldogs and this tournament title could be what lengthens his coaching tenure in Fresno.

After a 20-win campaign in his first season in charge, the previous two years were full of disappointment and Fresno barely made the post-season despite having 19 wins out of the Mountain West Conference.

Can we talk about what happened in the semifinals without shitting on Southern Utah? No, we can’t, because the Thunderbirds got their ass handed to them by the Bulldogs two days ago in Fresno. The Bulldogs were up at halftime, 34 – 16 which saw the Bulldogs go on two runs of 12 – 0 and 14 – 0 in the first stanza. Orlando Robinson busted out a 20-point effort while adding 7 boards, 3 assists and 3 steals to his ledger.

Isaiah Hill has a special place with Coach Hutson being that they are both from Bakersfield, CA. Hutson grew up in Bakersfield and played for Bakersfield College and Cal-State Bakersfield. Hill only came up with 8 points in the win over the T-Birds but he played 33 minutes and controlled the offense perfectly while the defense obviously managed the rest of the game in a 67 – 48 semifinal win.

This defense has been a huge part of the success of this team and that is why they rank 3rd in the nation holding opponents to 58.4 PPG.

With the surge of the Chants football program, Coastal Carolina is suddenly becoming a name we keep hearing when the post-season kicks into gear. Under Cliff Ellis, the Chants have been playing later in the season for what seems like every season because they almost have!

In 2014 & 2015 the Chants were participants in the big dance having won their opening games in each of those years while losing 2nd round outings each time.

In 2017, 2019, and 2021, the Chanticleers reached the semifinals in all 3 seasons and fell short in the finals twice while still chasing their first post-season tournament win. Here they are again in another final and of course, underdogs!

If you missed the semifinal game with South Alabama, what a game you missed. The first half saw both teams separated by a bucket and an extra frame was needed to decide the winner. Oh, that winner was obviously Coastal and with 1 second left on the clock, Rudi Williams settled the score! A last-second three-pointer to give the Chants a 69 – 68 win in a memorable fashion. Coastal opened the second half on a 9 – 0 run but the entire game from there was just back and forth one of the best games of the tournament.

Spoiler Alert. Ej is playing the dog and taking the points. What a shocker! I know, right?! Well, Coastal has that momentum of winning in an exciting fashion, and walking off the court like that just gives a team a huge boost to go on to the final. Not to mention they get to come home and host the game? Home dog? Thank you!

If you’re looking for more College basketball picks like this Fresno State Bulldogs vs. Coastal Carolina Chanticleers matchup we’ll be providing 4* free college basketball predictions on the blog during all the post-season tournaments, and check out our Experts for guaranteed premium & free NCAAB Hoops picks!