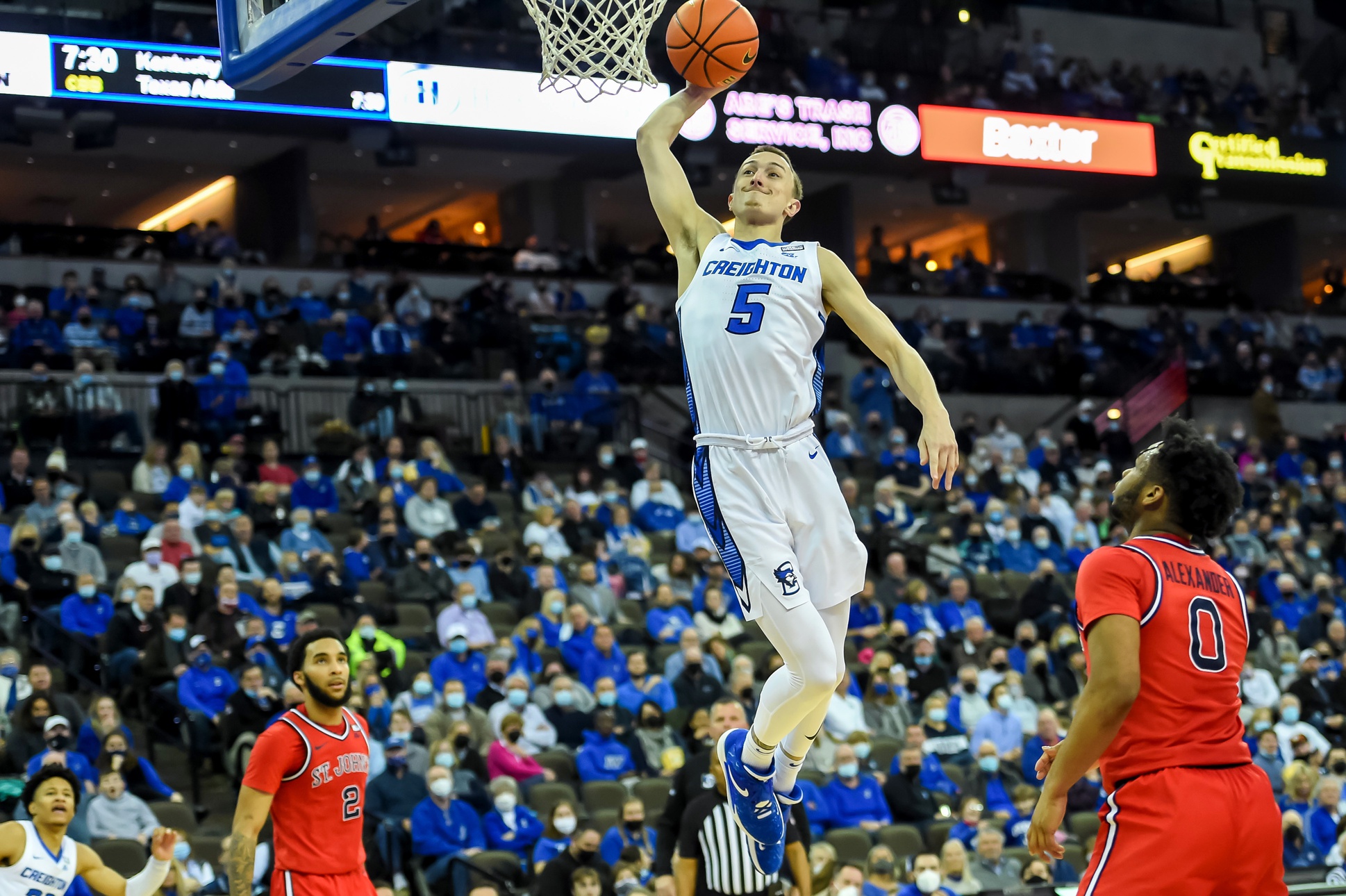 The Creighton Blue Jays will host the DePaul Blue Demons for a Big East matchup this weekend.

Creighton will be favored to win at home here.

DePaul jumped out to a 9-1 start after handling a manageable non-conference slate well, with wins over Louisville and Rutgers standing out. The Blue Demons have started Big East play 1-6, but they Xavier very tough at home last time out, losing 68-67.

DePaul scores a healthy 77.4 points per game, and their led offensively by hometown stud Javon Freeman-Liberty. The 6’4 guard has scored 22 points or more six of the last nine games, including a career-best 34 points against Villanova, and his efforts have kept the Blue Demons afloat.

Freeman-Liberty ranks second in the Big East in scoring at 21.1 ppg, grabs 7.4 rpg and leads the Blue Demons in assists (3.1).

David Jones has enjoyed a bigger role in year two thus far. The 6’6 forward has been reliable offensively and he’s grown into a defensive menace. Jones scored 33 points and grabbed 14 boards in the win over Louisville, and he scored 26 points the win loss to Xavier on Thursday.

Jones is second on the team in scoring (16.2), and he leads them with 7.6 rpg. Minnesota transfer Brandon Johnson has meshed in well with his new team, and he’s third in both scoring (11.1) and rebounding (7.4)

Oregon transfer Jalen Terry exploded for a career-high 28 points in the loss to Xavier.

Creighton jumped out to a 8-3 start during the non-conference slate, picking up victories over BYU and in-state rival Nebraska along the way. They began Big East play by stomping Villanova at home in December, and they responded to their first two conference losses with a 23-point win over St. John’s on Wednesday..

Creighton is built from the inside,

Alex O’Connell is finally receiving ample playing time at the college level and he’s thriving. The 6’6 guard led the team in scoring during the non-conference stretch, and he’s coming off a season-high 28 points in the win over the Red Storm. He’s up to 13.3 ppg and 5.4 rpg for the season.

Ryan Hawkins continues to be steady in the Creighton frontcourt. The 6’7 senior has four double-doubles in last six games, and he’s been the Jays most reliable threat from inside and out. Hawkins has hit three of more treys in five of his last six games, and he leads the team in scoring (13.4) and rebounding (7.6)

Ryan Nembhard has settled in well mid way through his first season in Omaha. The 6’2 freshman orchestrates the offense, and he’s averaging a well-rounded 11.9 ppg, 3.3 rpg, and a team-leading 4.4 apg.

Ryan Kalkbrenner anchors the middle at 7’1. Big Kalk had a monster game against Marquette, going for 20 points and 12 boards, and he’s blocked four or more shots in three of the last four games. Kalkbrenner is scoring 11.8 ppg, while grabbing 7.1 rpg.

There are a tier of teams in the Big East who could realistically dethrone Villanova atop the conference, and Creighton is one of them.

This battle of Big East Blues will give us Creighton in a manageable home spot at our disposal, and we shouldn’t overthink it. Containing Javon Freeman-Liberty and David Jones will be quite the task, but the Bluejays have the size to do it. They’ve played very well defensively at home, only allowing one team to surpass 70 points, and we should see more of that stinginess here.

Take Creighton’s spread at home this weekend, and give the under a look.

If you’re looking for more College basketball picks like this DePaul Blue Demons vs. Creighton Bluejays matchup we’ll be providing 4* free college basketball predictions on the blog all season long, and check out our Experts for guaranteed premium & free NCAAB Hoops picks!