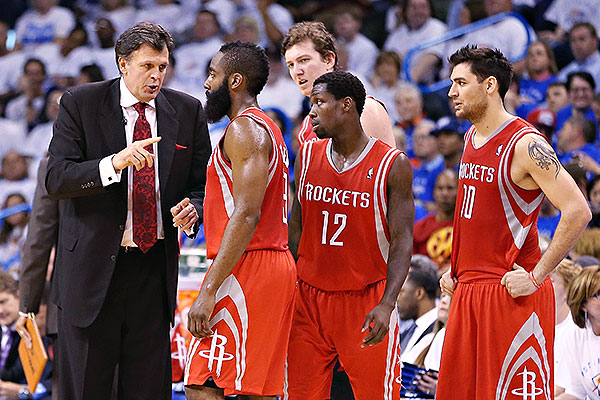 This non-conference game is big for both teams, as the Raptors look to earn the #1 seed in the East while the Rockets just look to make the playoffs.

The Raptors had their 4-game winning streak snapped in their last game, but they have still won 7 of their last 10 games and they are only 2.5 games back of the Cavaliers in the Eastern Conference.

The Rockets have now fallen out of the top 8 in the West, as they have lost 3 in a row and 4 of their last 5 games. They are now on the outside looking in, but they only trail the Mavs and Jazz by ? game.

In their last games the Raptors lost to the Boston Celtics 91-79 and the Rockets lost to the Utah Jazz 89-87.

The Raptors had beat the Celtics north of the border earlier this week scoring 105 points, but then facing them in Boston their offense only scored 79 points. To say Toronto struggled with their shot in that game would be a major understatement only shooting 34.8% from the floor.

DeMar DeRozan leads the Raptors in scoring, but while he was the leading scorer in the Boston game with 21 points he was only 6/16 from the floor. In the game only 3 Raptors’ players scored in double figures.

The Raptors are led by guards DeRozan and Kyle Lowry, who did not play in the Celtics’ game, but should go tonight.

Toronto 3rd leading scorer Jonas Valanciunas missed a few games with an injury, but came back for the Boston game. He is needed in this game facing Houston C Dwight Howard, which is a key match up.

Overall, the Raptors rank 15th in the league in scoring and 5th in opponents’ points allowed.

This season the Raptors are a legit 19-14 on the road and they had won 2 in a row away from Toronto before losing at Boston in their last game.

The Rockets are playing themselves out of the playoffs and while they had been losing because of their defense they only gave up 89 points to the Jazz in their last game, but their offense struggled.

The Rockets do have a solid offense ranking 4th in the league in points per game, but only 27th in opponents’ points allowed.

The Utah game was a sloppy one for the Rockets, as while they shot a better FG than the Jazz they committed 22 turnovers.

Remember when Dwight Howard was Superman? Well, not so much as of late and in the Utah game he went for 5 points and 8 boards and in 3 of his last 5 games he has failed to score in double figures.

James Harden was the leading scorer in the Utah game, but he needs help and Howards to do just that tonight and take some pressure off the Beard by scoring in the paint.

One thing the Rockets have going for them is that earlier this season they beat the Raptors north of the border 113-107.

The Rockets are 19-16 at home this season and they had won 3 in a row in their house before losing to Utah.

The Raptors are 7-3-1 ATS in their last 11 games facing the Rockets and look for that trend to continue in this game.

If you’re looking for more picks like this Toronto Raptors vs. Houston Rockets matchup we’ll be providing 4* free NBA predictions on the blog all season long, and check out our Experts for guaranteed premium & free NBA Hoops picks!