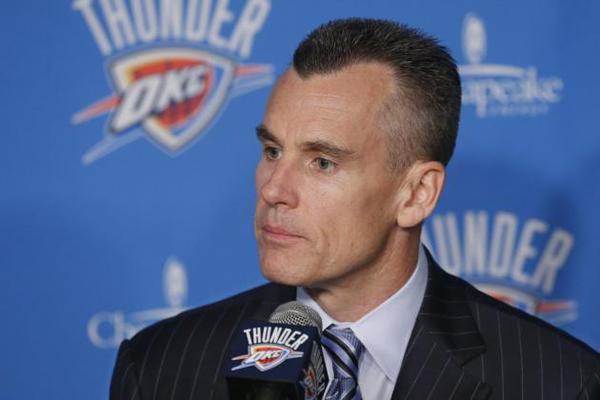 Both of these teams have already qualified for the playoffs and with the standings will they rest some key players?

The Thunder are in the 3rd spot in the West, which they are likely locked in on since they trail the Spurs by 10.5 games and lead the Clippers by 5.5 games.

The Spurs have the NBA’s 2nd best record, but they are still a few games behind the Warriors and catching them and being the first seed in the West is very unlikely.

The Thunder have won 6 in a row and their last loss? Yes…it was to the Spurs in the Lone Star State.

The Spurs have been winning as of late and for the whole season with their defense, which leads the league holding opponents’ to an average of 92.2 ppg.

The Spurs are still getting solid contributions from the original Big 3 of Tim Duncan, Tony Parker, and Manu Ginobili, but they are now led by emerging superstar Kawhi Leonard and underrated star LeMarcus Aldridge, who are the team’s top 2 scorers.

In their recent win over the Thunder at home the Spurs did not have a good shooting game, but they played great defnese and held OKC to a FG% of only 38.3%.

These teams met in the opening game of the season with the Thunder winning, but the Spurs won the last match up.

The Thunder rank 2nd in the league in scoring and 15th in opponents points allowed.

While Stephen Curry is probably a lock for the MVP Russell Westbrook’s name has to be in discussion, as he leads the league in triple-doubles and has had a few of them in the last several games.

Obviously the key to stopping the Thunder is keeping Westbrook and Durant from having big games. That is exactly what the Spurs did in their last win over OKC.

Durant had a pretty good game, but Westbrook only had 19 points on 5/16 shooting.

Serge Ibaka has to help these guys out and in the recent loss to the Spurs he only scored 7 points on 3/13 shooting. If he and the other Thunder players help out on offense it takes a ton of pressure on Durant and Westbrook to do it all.

The Thunder are 29-9 at home this season and they have won 3 straight in their house.

The Thunder are at home and with the Spurs having to play the night before I think they will be ready. I am going to take the Thunder in this one to win and cover.

The Thunder are 10-2 ATS in their last 12 home games facing the Spurs and that trend will continue.

If you’re looking for more picks like this San Antonio Spurs vs. OKC Thunder matchup we’ll be providing 4* free NBA predictions on the blog all season long, and check out our Experts for guaranteed premium & free NBA Hoops picks!