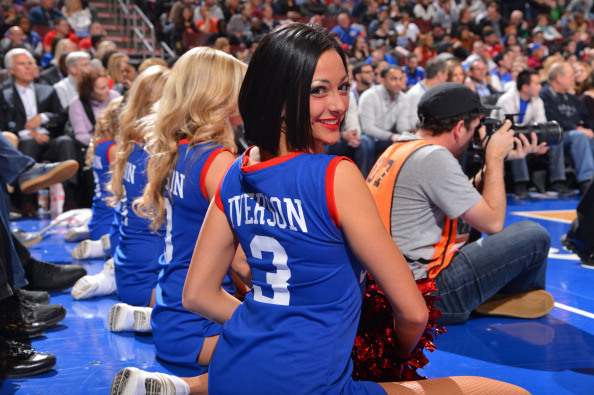 Tuesday night’s showdown between the New Orleans Pelicans and Philadelphia 76ers is going to be a display for two of the most pathetic teams in basketball.

These squads have rosters only a mother could love, so it’s a good thing there will be money on the line for bettors across the country, or else this one might be forgotten altogether.

The New Orleans Pelicans are not only coming off of a win, they’ve actually won three of their last four. The catch, of course, is their level of competition.

Their most recent victory came against the Brooklyn Nets, and their other two successful outings were against the Denver Nuggets and New York Knicks.

Although there’s certainly concerns surrounding the way new head coach Alvin Gentry used superstar big man Anthony Davis in the offense, the bigger issue for this team has been health.

Anthony Davis has been shut down for the year, Eric Gordon played in just 45 games, Tyreke Evans had season-ending knee surgery back in February and virtually no important pieces stuck around for the duration of the year.

That’s why the most recent win over Brooklyn saw guys like Luke Babbitt, Dante Cunningham and Tim Frazier light up the box scores.

It’s also why this team stands virtually no shot at competing with legit organizations the rest of the season.

The Philadelphia 76ers have officially completed their goal this season: Lock in the worst record in the NBA.

With the Association’s worst record officially locked in, the Sixers no longer have to worry about tanking. They can go out, compete and try to win as many games as they can without fear of losing ping pong balls in the process.

The catch, of course, is that even when they try their hardest, they still resemble a squad who might be playing pickup games at the YMCA next season.

76ers bashing aside, this group does have the luxury of trying out young talent without consequence. Another highly touted draft pick is coming their way, which means putting on a show for their home crowd fans becomes the only priority left in this forgettable season.

As awful as Philadelphia is, we’re giving the 76ers the win in this one both straight up and against the spread. Why you ask? Because the Pelicans are in full-blown tank mode and have no interest in winning this contest.

Don’t fool yourself into thinking Philly will run away with this one, but a slopfest of a victory will help build morale in the City of Brotherly Love — and it’ll help increase the Pelicans’ chances at a better draft pick.

If you’re looking for more picks like this New Orleans Pelicans vs. Philadelphia 76ers matchup we’ll be providing 4* free NBA predictions on the blog all season long, and check out our Experts for guaranteed premium & free NBA Hoops picks!